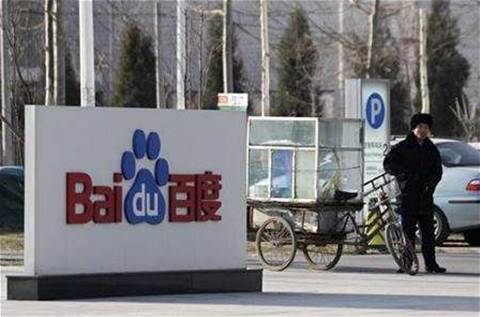 Baidu, which unveiled its mobile internet browser at its annual conference in Beijing, is pushing deep into cloud computing as the heart of its mobile strategy in order to capitalise on the booming sector.

The Yangquan data centre was expected to be built in four years, with more than 4000PB of storage capacity and more than 3 million CPU cores once complete.

Baidu did not reveal details of the cloud computing centre plans this week.

The Baidu Mobile Browser, which will compete with UC Browser, Google's Chrome and Apple's Safari, is about 20 percent faster than its rivals based on internal tests, Li Mingyuan, Baidu's general manager of mobile and cloud computing, told reporters.

Baidu's mobile browser also allows users to access a plethora of web-based mobile apps and run high-definition video through the browser without having to download apps or supporting software.

The browser, together with Baidu's other mobile products such as its mobile operating system and cheap smartphones launched with partners, forms the core of what Baidu hopes will eventually become a source of revenue.

"Monetizing mobile is hugely important for Baidu," said Michael Clendenin, managing director of RedTech Advisors, who added that the drive to monetize would be a medium-term concern for Baidu as its advertising clients still need to create mobile-friendly websites.

The shift to mobile could pose problems for Baidu if it can't find a way to make money from search traffic. Baidu currently makes the bulk of its revenue from users searching from laptops and desktops.

Baidu's goal is for 80 percent of China's Android handsets to have downloaded the Baidu Mobile Browser by the end of 2012, Li said.