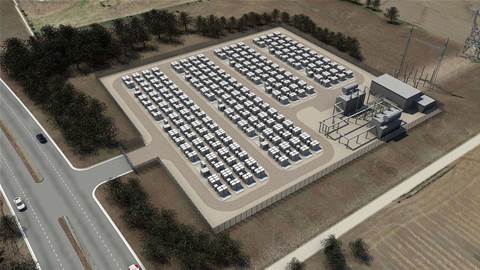 Amazon Web Services has become of the first guinea pigs for Tesla's new battery initiative, signing up to test out the units in one of its data centres.

Over the last year, AWS' US West region in Northern Calfornia has taken part in a 4.8 megawatt per hour trial of the Tesla batteries, it revealed at last week's launch.

Amazon engineer James Hamilton said the project complemented the company's renewable energy strategy for its global infrastructure, which includes the use of wind power.

No specifications have been published for the battery units used for the data centre pilot.

Tesla launched a 7 and 10kWh Powerwall battery for the home, and a 100kWh Powerpack version aimed at businesses and which can be scaled for usage.

Tesla Energy is working with power generators such as Southern California Edison (SCE) to build large-scale battery storage systems, to increase the use of renewable energy and to ensure grid stability.

These can be grouped together, scaling from 500kWh up to more than 10MWh, capable of two or four-hour continuous net discharge power with grid-tied bidirectional inverters.