AWS picks another fight with Oracle by giving away Java support 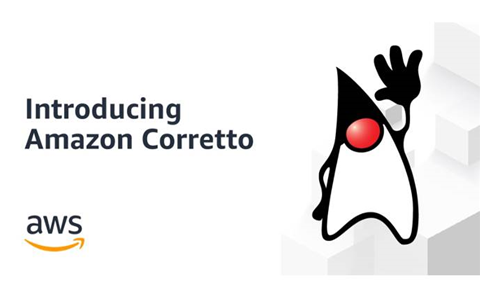 Amazon Web Services (AWS) has released its own distribution of OpenJDK, the free and open-source implementation of the Java Platform, Standard Edition.

The move is a response to Oracle’s announcement that it will no longer offer free support for Java. As of January 2019, Oracle will charge US$25 per physical processor per month, and US$2.50 per user per month on the desktop. Volume discounts are available.

The AWS post announcing the release of its own “Corretto” OpenJDK says it already runs “on thousands of production services” among the cloud colossus’ own operations.

As AWS runs at enormous scale, with enviable reliability, Corretto therefore should be immune to arguments about its readiness for enterprise adoption.

Corretto will of course be entirely happy running on AWS servers. But the cat-among-the-pigeons part of this is that AWS has also released it to GitHub as a free download. AWS will also make Corretto the default Java in its own Linux distribution, which is used in more than a few EC2 VMs.

Amazon’s also sweetened the deal by promising feature parity between Corretto and future OpenJDK releases, plus five years support for the current version 8 of Corretto and the same for a new version 11 due in early 2019.

Corretto therefore offers the world an alternative to Oracle, and by doing so makes it less likely Java users will sign up for Oracle’s new support plans.

But not massively less likely: no matter how good and feature-compatible AWS has made Corretto, rip-and-replace jobs are rare. Plenty of current Oracle customers will wear the new support plan pain rather than embark on a porting project.

But anyone writing new apps that need Java will almost certainly consider Corretto. And with Java still very much in favor among developers, AWS has therefore crimped Oracle’s future Java future revenue because what ISV or developer would impose a costly option on their users when a free alternative backed by AWS is available?

AWS has also made its own cloud a little more attractive and kicked some more sand in Oracle’s face after last week’s database performance Twit-fight.

Got a news tip for our journalists? Share it with us anonymously here.
Copyright © CRN Australia. All rights reserved.
Tags:
aws java openjdk oracle software