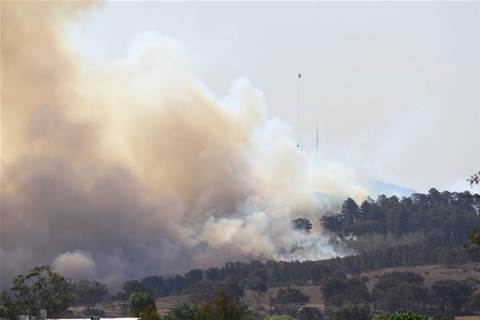 Wobble drags on through Thursday

The ACT Government’s Emergency Services Agency (ESA) has attributed a website outage that hit in the middle of a rapidly escalating bushfire between Canberra Airport and Queanbeyan to Thursday’s AWS outage in Sydney.

Capping off an already bad day for AWS after significant availability problems hit its Sydney region, the ESA took to twitter to redirect Canberrans to Facebook and local media to obtain current information on the fire hitting the national capital that remains at a watch and act level.

The ESA website hosting provider AMAZON has experienced an error which has affected the ESA website and their other clients.
We are working to resolve the issue as quickly as possible.
Please continue to stay up to date via ESA Facebook and local media. pic.twitter.com/v7UWnjNxa7

The outage hit as Canberra Airport was shut to commercial traffic because of the fire, with residents around Oaks Estate warned to get out of the road of the oncoming blaze after two fires merged and engulfed a rubbish tip.

It is still unclear why the ESA website was hit by a single point of failure, however the blaze, known as the Beard fire, is burning close to the industrial suburb of Fyshwick which houses several data centres.

The blaze near the airport is also within stone’s throw of the the Australian Signals Directorate’s Australian Cyber Security Centre offices at the Brindabella Park office complex that houses a clutch of other technology, consulting and miltech tenants.

AWS users started noting problems with services around 11.15am AEDT with the problems continuing at 4.00pm.

Update: The ESA's website was restored on Thursday evening as the fire was downgraded to 'advice' level overnight. 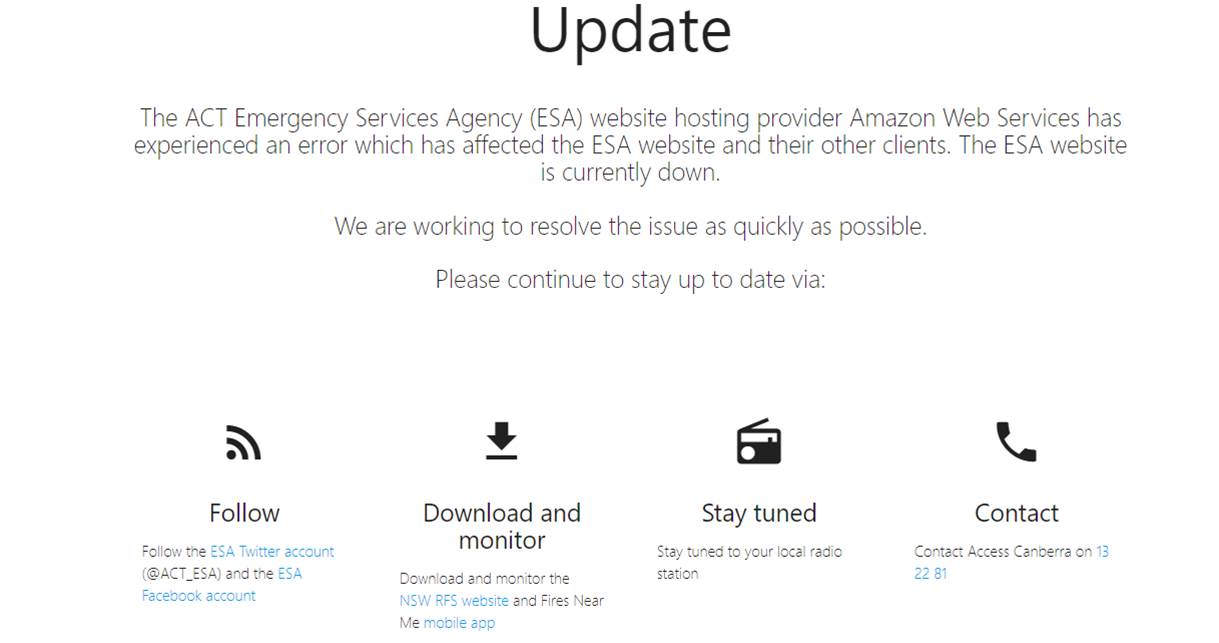