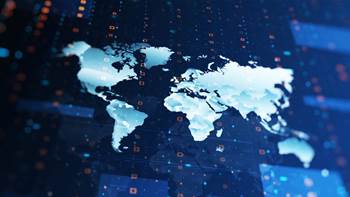 Amazon Web Services is concerned sweeping changes to Australia’s foreign investment rules, including retrospective powers of review, could create uncertainty for businesses if pushed through in its current form.

In a submission [pdf] to Treasury’s consultation on the proposed reforms, AWS called on the government to clarify language in the draft legislation, labeling certain provisions “broad” and ambiguous.

The government proposed changes to the foreign investment framework last month to address risks to Australia’s national interest posed by “rapid technological change and changes in the international security environment”.

It has proposed - among other things - that telcos and data centre providers that store classified information seek approvals for all prospective foreign investments, not just those of $275 million and above.

AWS’ concerns centre around the scope of a new “national security review and last resort power” slated to come into effect from January 2021, if the legislation is passed before the end of this year.

The bill will give the Treasurer the power to review ‘actions’, or proposed actions, taken by foreign entities that are deemed a national security risk, and in exceptional circumstances intervene.

The company said the proposed definition of “reviewable national security actions”, as outlined under Section 37B was “broad and will cover a significant remit of commercial activity”.

“To assist commercial entities to understand and appreciate their responsibilities and to minimise compliance costs, it is important that the legislation leave as little ambiguity as possible in respect of terms used,” the submission states.

AWS has asked that the Treasury clarify the definition of one type of reviewable national security action, whereby foreign entities “enter or terminate a significant agreement with an Australian business”.

“We assume that the ‘significance’ of an agreement should be judged by its significance to the relevant business, and not by any national security considerations that the business is ill placed to assess,” it said.

“This is not clear in the draft bill."

AWS has recommended the bill’s explanatory memorandum be amended to offer “clear and practical guidance about what a ‘significant agreement’ is”, so businesses can voluntarily notify the Foreign Investment Review Board (FIRB) and avoid being ‘called in’ for screening.

“By better understanding the perimeters of what constitutes a ‘significant’ agreement, business will be better able to assess when to voluntarily notify the Treasury pursuant to the “call-in” actions framework,” the submission states.

“Otherwise, it is likely that some businesses will take an overly cautious compliance approach, leading to a situation of over-notification to the Treasury under the voluntary notification framework, creating unmanageable workloads for the FIRB and uncertainty for investors.”

AWS also wants the explanatory memorandum to contain similar guidance for foreign investors around the Treasurer’s last resort powers, particularly around the government’s “expectations of materiality”.

Under the bill, the Treasurer has the power to review actions if a “business, structure or organisation of the person has, or the person’s activities have, materially changed since” or “circumstances or market in which the action was taken have materially changed”.

“As the substantive Act presently references concepts of ‘significant’ and ‘substantial’ but not ‘material’, it would be helpful for investors to have some guidance from the Treasury,” AWS said.