AWS customers to get free DDoS protection by default 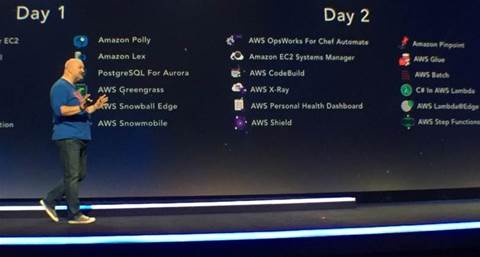 Vogels said feedback showed that DDoS attacks were one of customers' biggest concerns.

AWS customers will not need to do anything to get the base level of protection - AWS Shield Standard - applied to their account.

AWS said the free tier is designed to block 96 percent of all DDoS attacks at infrastructure layers three and four, including SYN/ACK floods, reflection attacks, and HTTP slow reads.

It has promised the “always-on” detection and mitigation techniques will not affect latency.

The premium package will cost users US$3000 (A$4045) a month, plus data transfer costs, but comes with access to a round-the-clock DDoS response and support team, plus protection to level seven, targeted application attacks.

It also offers premium customers cost protection, putting a cap on the amount of paid compute they can become liable for in the event of a resource-intensive hit.

“We will let you know if we see this sort of activity on our network and you will work with our DDoS team to create protection at level seven,” Vogels said.

The full comparative breakdown of the services is here.

Paris Cowan travelled to AWS Re:Invent as a guest of Amazon Web Services.