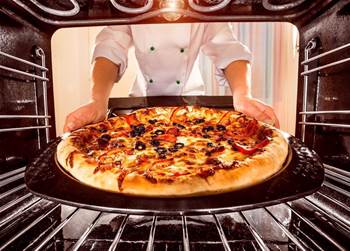 Reducing costs while boosting user base.

One of the great promises of the national broadband network (NBN) was the potential market entry of smaller retail service providers (RSPs).

The solution: a sophisticated automation system that is saving the small operator over $100,000 per year.

Manually entering the details of customer service orders into Aussie Broadband’s B2B system, then following up through NBN Co’s own B2B system, took call centre staff over 13 minutes on average.

This created a bottleneck as year-on-year growth saw new customers joining the company four times faster than they were a year earlier.

Aussie Broadband couldn't support that by hiring four times as many customer service staff, so it began exploring options to automate the process, under its 'churn interface (faster than a pizza)' project.

Recognising that automated systems could streamline the transfer of existing NBN customers – who comprised around a quarter of the company’s new customers – Aussie Broadband’s four-person development team began building a system to automate the commissioning of those services.

“This included building a front-end system that can automatically connect existing NBN customers without the need for any staff touch.”

The project introduced numerous challenges for the team, particularly around the learning curve needed to integrate with NBN Co’s ebXML-based provisioning system.

Modifying the open-source ebXML interface Jentrata to operate at scale was also tricky, as were the ongoing certification requirements necessary to keep up with new versions of NBN Co’s B2B tools.

But with the new system now in place, Aussie Broadband has been able to significantly speed its connections of customers churning from other RSPs.

Most customers are connected within 15 minutes, and on one record occasion, a new user was brought on in only 1 minute 46 seconds.

“The quick churn has surprised and delighted many customers,” Granger-Wilcox said.

“And we have saved several months and significant costs by doing this project inhouse, rather than involving consultancies.”

Because service orders are processed without manual intervention – an average maximum of 2.6 minutes’ human touch is required to deal with extraordinary circumstances – the project has improved Aussie Broadband’s ability to scale without adding new staff.

It has also delivered substantial cost savings, with the cost to process an application reduced from $16.54 previously to just $1.61 now. This has reduced annual support costs from $198,576 to just $19,320.

As the NBN becomes ubiquitous, more and more of Aussie Broadband’s customers will be churning from other RSPs – which means the system will account for an even larger percentage of sign-ups.

But the platform has not only set up Aussie Broadband to contain its costs now - it will power a new wholesale portal the company is offering to smaller ISPs under its corporate arm, Wideband Networks.

“Aussie’s broader business strategy is to be a small, nimble and quality provider of internet services in the current NBN market,” Granger-Wilcox said.

“This project supports growth, provides a unique customer experience, and relieves workload on our staff. And because savings are based on a per-customer cost, as the business grows, our savings will continue to increase.”