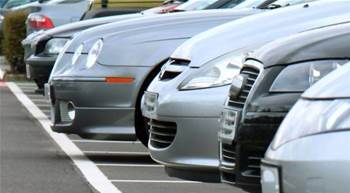 Drivers in Australia and the UK lamenting the bygone days when you could take an each way bet on evading a council ranger armed with a piece of chalk can take heart that a key surveillance systems developer for fines is also doing it tough.

As the rollout of pesky parking sensors that shepherd wardens to their prey continues unabated, the company selling automatic numberplate recognition (ANPR) to the likes of Coles, Telstra and Stockland – Smart Parking – has posted a full year loss, partly because more people now leave on time.

Smart Parking, which sells and deploys everything from IoT sensors running over a smart cloud to dig out your rego details to apps that bypass the need for meters, on Monday sank into the red posting a $2.6 million after tax loss for the 2019 full year, well down from a $1.7 million profit in 2018.

It was clearly not as bad a loss as investors had been bracing for, or perhaps a beneficiary of a flight to relative safety.

On a wild day that wiped $27 billion off the local bourse, Smart Parking shares leapt 26 percent from 13 cents to land at 16.5 cents on a giddy ride that started with its shares plummeting to just 10 cents at opening bell and soaring in intra-day trading to as high as 19.5 cents.

One of the more amusing reasons for Smart Parking’s loss was flagged in its interim numbers in February when the company told investors its cash cow of issuing parking fines was being bled by “increased driver compliance resulting in fewer PBNs [parking breach notifications] being issued”.

Part of the problem, it seems, isn’t that there are issues with the technology – rather, it works too well, creating a bit of a backlash along the way.

Some of Sydney’s most rapacious parking enforcement councils are big fans of Smart Parking, not least Waverly and Mosman Councils where drivers have been known to sabotage meters.

Most of Smart Parking’s work is in the UK, where councils using covert surveillance mixed ANPR as well as time limit drive-bys have increased their compliance take but provoked driver fury because of the ease with which councils and corporates can issue fines.

Some of that friction prompted a shake-up of Smart Parking’s UK management team last year, problems that were accompanied by site losses that also hit revenue.

Smart Parking reckoned that more than 37 million cars used car parks it manages in the UK in its last interim results, with a potential “market opportunity” of 45,000 sites. As of August 2019 the company reckoned it had 415 sites hooked up to its ANPR, spitting out 35,550 parking breach notifications in that month.

But a headwind for Smart Parking is that while it offers a mix of revenue generation, access control and security solutions that are increasingly cloud, IoT, and AI based, the commoditisation of recognition technology means that building management systems suppliers now also on their manor.

Security sources familiar with the technology told iTnews building managers could now hook into APIs that performed similar functions allowing them to keep more of the parking cashbox.

A potential counter point to that that trend is that Smart Parking is moving into the municipal and metropolitan IoT space through its tech stack dubbed SmartCloud that can manage, collect and analyse not just parking data but other networked IoT assets.

One of the first forays off that stack is guided parking where drivers looking for an available park can be ushered to one using their smartphones.

Aside from revenue, the return for councils is potentially much greater visibility and data richness about who drives within their boundaries, when they come and what they do.

The company lists Telstra as a key partner for its IoT offerings, saying it’s already pushed out six local government installs across the cities of Greater Geelong, Casey, Joondalup and Broken Hill as well as Moreton Bay and Cairns Regional Councils.