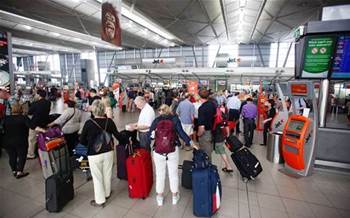 Official figures for the total number of IT workers imported into Australia each year have literally been lost in transit due to a technology upgrade at the nation’s border control posts.

The dataset, known as the “Net migration of ICT workers”, had been collected for years and interrogated by employers, the tech industry, migration experts and stakeholder groups to track the IT labour market, especially the supply side of foreign sourced skills.

The key number had been the ‘go-to’ benchmark for employers and government because it netted the number of tech bodies coming in against those going out to create a relatively timely picture of labour flows.

However the statistic this week conspicuously disappeared from Deloitte Access Economics’ annual ‘Digital Pulse’ report compiled for the Australian Computer Society (ACS), replaced by a disclaimer in a footnote noting its elimination which has frozen ICT migrant numbers in time at 2016.

“Due to changes in the methodology for collecting Overseas Arrivals and Departures data, a detailed occupational breakdown of this data is no longer published,” the Deloitte report said.

“As such, updated figures for the net migration of ICT workers are unavailable for this year’s Digital Pulse report.”

The real reason for the disappearance of the data, and the paths of those involved, is somewhat surreal.

Deloitte, through the ACS, confirmed to iTnews the statistical disappearing act stemmed from the elimination of paper outgoing passenger cards (OPCs) in June 2017 from transit halls across the country.

The elimination made life easier for travellers but much harder for employment number crunchers.

The junking of the paper cards was hailed by then Minister for Immigration and Border Protection Peter Dutton as “state-of-the art passenger processing technology” that would slash queue times.

The paperless transformation was also showcased by Immigration’s CIO at the time, Randall Brugeaud - who is now chief executive of the Digital Transformation Agency in waiting - at the annual Gartner Symposium in 2017.

“It’s a very different experience where there’s absolutely no contact,” Brugeaud said at the Gartner event.

“The human recognition systems potentially allow us to process people without any human intervention.”

And without much passenger employment data in the interim either, it would seem.

When the OPC paper cards went, Dutton said that the information previously gathered “will now be collated from existing government data and will continue to be provided to users.”

Finding the data and comparing apples to apples is another matter.

A statement on data.gov.au notes that “due to the retirement of the OPC, the Australian Bureau of Statistics (ABS) undertook a review of the [overseas arrivals and departures] data based on a new methodology” providing a broken link to the ABS methodology.

“A sampling methodology has been applied to this dataset. This method means that data will not replicate, exactly, data released by the ABS, but the differences should be negligible,” data.gov.au goes on to say.

Which makes comparisons to previous migration numbers rather difficult.

In another coincidence Brugeaud had initially been tapped to take over the top technology role at the ABS as it undergoes its own transformation, prior to being pinched by the DTA.

How and where that IT overhaul is going is now a very open question with Brugeaud’s replacement yet to be announced and consultancy KPMG now litigating with a former employee turned whistleblower over the independence of a post Census fail review for the ABS.