Australia's banks race to be first with watch apps 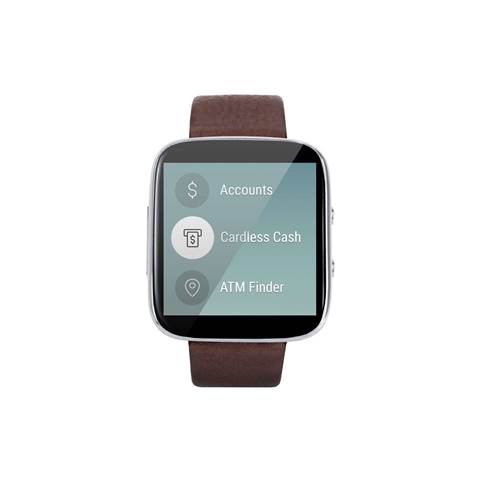 The Commonwealth Bank has become the latest Australian financial institution to announce the impending release of a mobile banking application for Apple's soon-to-launch Watch.

A similar version is also in pilot for Android watches.

CBA follows Westpac and subsidiary St George to announce plans to dip into the wearables space.

Last month the pair said their apps would be ready to go when the Apple Watch becomes available in Australia on April 24. St George has had an app available for the Samsung Android watch since last year.

The Westpac and St George apps allow users to view balances, the location of the nearest ATM, access the 'get cash' cardless ATM withdrawals feature, and the ability to notify Westpac of travel plans at the airport.

CommBank's app for both Apple and Android watches will offer similar functionality, and will also allow users to access the bank's own 'cardless cash' function.

No Australian bank has indicated plans to offer contactless payments from the devices.

Both Apple's impending Watch and Sony's equivalent include NFC technology which would facilitate contactless payments. Samsung's current iteration does not, but the next version of its Gear watch will offer NFC functionality.

CBA is in the final stages of piloting an app for the Android watches, and expects to launch it in the coming weeks.

Lisa Frazier, CBA's head of digital channels, told iTnews the bank had chosen to hold back on launching an app for an Android watch - the first of which arrived early last year - until there was enough momentum within the bank's customer base.

"Apple has created that momentum with the Apple Watch," she said.

CBA will begin full testing of its iOS app once the Apple device becomes available.

"Because of the transaction we need to do full-scale testing, therefore we need multiple watches, and they're not available yet," Frazier said.

"It's more important for us to be safe and secure than first, because of the transaction.

"So we're working on Android now, and then soon after that the Apple app will be ready."

The Apple Watch will need to be within Bluetooth range of the user's mobile phone to remain logged in to the user's CBA mobile banking application.

Apple will launch its watch in Australia later this month in three versions, dubbed Watch Sport, Watch and the 18-carat yellow or rose gold Watch Edition.

Watch Sport will retail from $499, and the midrange Watch will start at $799. The gold Watch Edition will only be available in limited quantities and in select retail stores, starting at $14,000 a piece.

The watch requires an iPhone 5, 5c, 5s, 6 or 6 Plus companion device. It communicates with iPhones and other compatible devices through Bluetooth and wi-fi. Users are alerted to updates via a Taptic Engine for vibration feedback and built-in speakers.