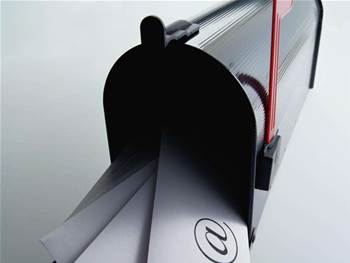 A large-scale “sextortion” campaign is targeting Australian internet users with the Australian Cyber Security Centre revealing it has received more than 1900 reports in just one week.

The ACSC said that the spam barrage appeared to start on April 9, with most users receiving an email either April 9 or 10.

The name of the ‘sender’ was different in each instance of the email address, the ACSC said.

“The cyber scammers responsible have threatened to release personal and sensitive information to the recipients’ contacts unless the scammer is paid in cash or bitcoin,” the ACSC said in a statement late Thursday.

“The email scammers may also claim to have compromised a computer or other electronic device, and may include either a full or partial password that the recipient has used in the past.”

Sextortion is a form of online blackmail where an attacker threatens to reveal intimate images of someone online, often to their friends and family, unless they pay a ransom.

“Typically, the scammers have no compromising information,” the ACSC said.

Though the centre had received a large number of reports about the campaign, it said it had not received any reports of financial loss.

It urged Australians “to not make payments, to cease all contact with the scammers, and delete the email.”

“In most cases, there is no reason to be concerned,” the centre advised.

“These emails are typically generated in their thousands by online scammers using limited personal details, with the aim of intimidating recipients into paying the ransom.

“The information in the email is often obtained from the internet from previously-known data breaches.

“If the email includes a password that you recognise, or is similar to one you are currently using, you should change all accounts that use this password.

“If you still have concerns, then lodge a report to the Office of the eSafety Commissioner, who will provide further advice and support.”

The ACSC said that if the recipient had concerns about their physical safety, they should call Triple Zero (000) or their local police.