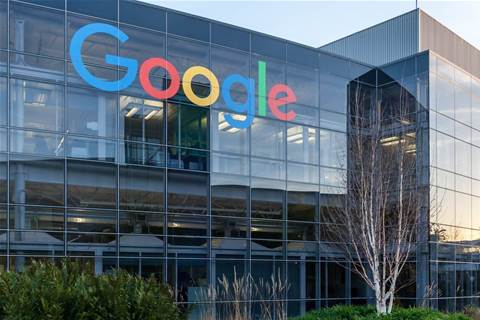 Australian researchers from three universities have stood out in this year’s Google Faculty Research Awards, a highly competitive international grants program that drew 910 proposals from more than 320 academic institutions.

Six researchers from RMIT University, University of NSW and Monash University have been awarded funding for research projects into information and systems engineering, data analytics, and IoT cyber security.

The awards, which Google bills as “unrestricted gifts as support for research” designed as a year’s worth of seed funding, also foster stronger ties between the academic community and the internet giant, with recipients often invited to discuss their latest work at Google offices.

Three researchers from RMIT, two from UNSW, and one from Monash were among the 15 percent of applications to be awarded funding.

Fittingly, one of the recipients from RMIT, associate professor Shane Culpepper, is an expert on search engines and the director of the Centre For Information Discovery and Data Analytics.

Culpepper’s grant will support his work at the centre developing machine learning algorithms that improve the effectiveness and efficiency of ‘top-k retrieval’, a technique often used to identify the most relevant information in large datasets.

He said the field is increasingly important as artificial intelligence and AI-powered conversational assistants like Alexa and Google Assistant use this technology to make sense of the questions they’re asked.

“My work focuses on adapting these new ideas into search engines where everything must scale, and understand how to balance the costs of these algorithms against the improvements in quality they yield,” Culpepper said.

Other winners from RMIT include Dr Zhifeng Bao, Big Data and Database research group lead at the Centre for Information Discovery and Data Analytics,and Dr Alberto Peruzzo, director of RMIT’s node of the ARC’s Quantum Computation and Communication Technology Centre of Excellence.’

“We’re focusing on the challenge of how machines learn these preferences quickly to search structured data, for example the right house in a long list of real estate, especially for new users with no history of preferences recorded on the system,” Bao said.

“Even if we can find people relevant results, that’s of limited use if they’re not in a format that speaks to the user. One person might prefer pie charts and maps, while for another person bar charts and tables might make more sense.”

Peruzzo plans to use his grant to further the development of the next generation of photonic devices for high speed telecommunications.

“There is growing demand for high speed internet and other telecommunications applications, but current technology is struggling to cope,” Peruzzo said.

“We’re aiming to develop new photonic routers that allow massive amounts of data to be communicated, via internet or other channels, much more quickly.”

Researchers from the University of NSW’s School of Electrical and Telecommunications Engineering won their awards for their work in large internet network security.

Dr Hassan Habibi is leading a team looking to undertake the first organised effort to model and enforce cybersecurity for large internet of things (IoT) networks.

As IoT devices are increasingly deployed for a range of industrial and research purposes, Habibi believes his work will make a difference in reducing the risk posed by a vast array internet-connected devices constantly transmitting data over wireless networks.

“We have a created a tool that automatically generates a MUD (Manufacturer Usage Description) profile of each IoT device using its network traffic,” he said.

“The MUD profile describes the expected network communications of the IoT device. As part of the Google-funded project, we will build upon the MUD behavioural profile of individual devices, by modelling the inter-relationships between IoT devices, users and servers, or controllers, in smart environments.”

“Once we have visibility of how smart devices, their environments and users interact and how data flows between them, we can develop the tools to better protect everyone from cyber attacks as they use this modern technology.”

Professor Vijay Sivaraman, the other award recipient from UNSW, is also a member of the team working on networking technology.

Associate professor Reza Haffari, an expert in Data Science and AI at the Centre for Data Science, won his award for machine translation.

His work, which involves natural language processing techniques, focuses on increasing the reasoning skills of artificial intelligences in the face of low-levels of information which leads to high levels of uncertainty.

One example of this is enhancing machine translation of documents from one language to another while preserving the coherency and semantics of the original document.

This is especially tricky given words often have multiple interpretations and context can impact on the meaning - as anyone who’s made a faux pas using an online translator would know.