Australian organisations targeted by Aoqin Dragon hackers for a decade 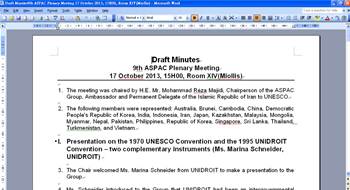 Telcos, governments, and academia spied upon by Chinese threat actor.

Security researchers say they have identified another China-linked threat actor targeting Australian and South-East Asian organisations to spy upon them.

"The targeting of Aoqin Dragon closely aligns with the Chinese government’s political interests.

SentinelLabs' analysis of the threat actor's methods shows Aoqin Dragon uses booby-trapped Word documents with political and pornographic themes to trick users to install either the Mongall or Heyoka open source backdoors on their computers.

The threat actor is expected to continue the espionage operations, and find methods to evade detaction and to establish longer persistence in victim networks.