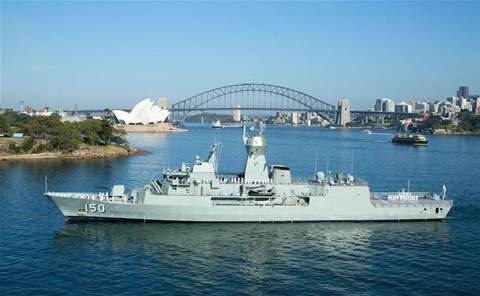 The Royal Australian Navy will trial a data analytics application built by CSIRO's Data61 to improve the performance of GE engines that power its fleet of ships.

The engines are already equipped with an undisclosed number of sensors that transmit data back to GE.

"There are many sensors on the engine covering all aspects of the engines’ performance," Chen said.

The volume of data being transmitted back from the sensors is "large", Chen said.

However, the project is not using real-time streaming data initially, instead relying on an "offline" store of the data until the exact needs of the project are scoped.

Chen said the long term goal was to develop a system to provide real-time information that could be used by a vessel to improve performance, and that could be installed onboard as a standalone system.

“The data analysis is expected to highlight areas where operational efficiencies can be achieved such as improved reliability of performance, increased uptime due to enhanced understanding of component durability and functionality, reduced fuel consumption and lower maintenance costs," Data61 said in a statement.

Project partner GE already has a platform called Predix for gathering and analysing sensor data. Chen said there was potential to make use of it as part of the project.

"We have a very open mind," she said. "We will jointly evaluate what is the best solution. We don’t want to reinvent the wheel.”

Vice president of GE Marine, Brien Bolsinger, said there was enormous potential to develop advanced data analytics tools in Australia that could be applied to other GE-designed military and commercial marine engines.

GE said that its marine gas turbines are installed in 600 ships of 35 navies including those of the United States, New Zealand, Japan and South Korea.

Chen said the technology could easily be applied to other gas turbine engines. “It is a very big opportunity. I am very upbeat about the potential.”