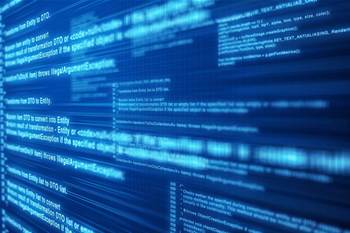 The amount of requests made by Australian Government agencies for citizens' phone, internet and location data grew by almost 5 percent in the last financial year, according to the national communications and media watchdog.

The Australian Communications and Media Authority (ACMA) today revealed government agencies had made 563,012 authorisations for access to non-content or metadata for criminal law enforcement purposes in the fiscal year to June 2014 [pdf] - an almost 5 percent rise on the 538,317 made in the previous year to June 2013.

The total number of requests for phone, web browsing and location data - which agencies can request from telcos without a warrant under the Telecommunications (Interception and Access) Act  - came in at 748,079 for the financial year, a significant rise from the previous year's 685,757 requests [pdf].

The disclosures include requests for information needed to locate a missing person and to enforce the law of another country, among other purposes.

The AGD is yet to release its 2013-14 annual report into the use of the TIA Act, but last year revealed ﻿319,874 authorisations for access to metadata were made in the year to June 30 2013, compared to 243,631 metadata authorisations in the year prior.

The discrepancy between the figures lies in the way ACMA and the AGD calculate authorisations - the AGD counts multiple requests for one citizen's metadata from several telcos as one request as per agency figures, while the ACMA counts each individual request on its own as per telco figures, the AGD confirmed.

The jump in metadata requests comes as the Government prepares an attempt to push through controversial legislation mandating telcos retain metadata for up to two years to aid law enforcement efforts.

The proposal has been consistently criticised by the telecommunications industry - as well as the Greens and several MPs - as an unnecessary and expensive burden and an invasion of citizens' privacy.

The Government is currently in discussions with the telecommunications industry in order to draft a detailed explanation of the type of metadata it wants retained, after failing on multiple occasions to provide consistent parameters for collection.