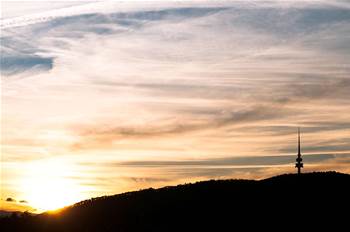 Major public service upheaval on the cards in 2016.

Canberra is gearing up for a significant restructure of the Australian public service, which could see swathes of the government’s back-office services outsourced to the public sector or even sent offshore.

The federal government, led by the Department of Finance, will officially begin implementing its first whole-of-government shared services scheme in the second half of 2016, despite acknowledging the corporate model’s chequered past in state government.

Finance has been scoping a potential consolidation into a shared corporate services model since the Coalition was elected to government in 2013. A subsequent commission of audit recommended a “staged approach” to the centralised delivery of common HR, finance, IT and legal services to government.

In tender documents released yesterday, the government sent its clearest signal yet that it is committed to going down this path, and is open to outsourcing any number of the corporate functions currently fulfilled by internal government staff to the private sector or even offshore providers.

“This engagement is a necessary step in determining the best way to achieve efficiencies in the provision of corporate services and will assist in ensuring better value for money for taxpayers,” Finance Minister Mathias Cormann said in a statement today.

“This is the first step of the government’s shared and common services program which is expected to further contribute to repairing the budget by building on the $44 million of savings already realised within this area in the 2015‑16 budget.”

The papers reveal the APS spends an estimated $3.5 billion to $4 billion every year on corporate service delivery.

It is looking to significantly cut down on this expenditure by consolidating these functions into combined inter-agency offices to combat what it has described as a “seller’s market’ for some products and services.

Finance is running a market consultation in pursuit of advice on what joined-up services it is best placed to outsource, and which are more valuable kept in house.

It is also asking industry for feedback on the optimum number of service providers, the most effective contestability mechanisms, and what services could best be delivered offshore.

The NSW government has set a precedent for sending back-office work overseas, signing Infosys and Unisys to take over the functions once delivered by internal agency ServiceFirst, with 30 percent of the responsibilities to be delivered from Indian sites.

The first targets in the Canberra shared services regime will be “core transactional services” such as accounts payable/receivable, credit card management, ledger management, pay and conditions, and payroll administration.

IT services have been bundled into a second round of back-office functions to be centralised.

The Department of Finance has long complained about the 200 separate ERP systems operating in the federal government, because agencies “typically make investment decisions in isolation, resulting in reduced purchasing power".

The government insists it has taken lessons learned the hard way by its state government colleagues into account and is mindful of not making the kinds of mistakes that have seen many jurisdictions wind back their own shared services schemes at great cost.

“Despite the evident potential benefits, there has been a long history of, at best, partial success in moving to shared services,” the tender documents acknowledge, pledging to avoid the preoccupation with short-term savings, one-size-fits-all mandates, and rigid agency clustering that have undermined similar programs in the past.