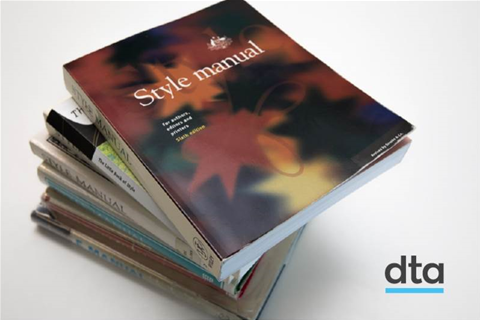 Last edition was in 2002. DTA reckons new one could save millions.

The Australian Government’s Style Manual is about to go digital for the first time.

The Digital Transformation Agency (DTA) late last week revealed that it has signed a contract with an outfit named “Ethos CRS … to begin scoping the content for the first-ever digital Style Manual.”

The Manual has a web page that explains its first edition was published in 1972, that the current sixth edition emerged in 2002. It links to paperback or hardback printed book.

The DTA says it’s been working on a new Manual since 2017 and that the new work “will reflect contemporary government usage. It will also have much-needed new sections on content design and digital media.” As you’d expect, if only because the 2002 edition predates 2008’s Web content accessibility guidelines version 2.0 recommended under Australia’s content accessibility standards.

The DTA says if the scoping phase of work on Manual succeeds, “we’ll move into content delivery with the aim of releasing a live product in 2020.”

Bringing the Manual into the digital age is one reason for the project.

Another is a 2015 Department of Finance report that found between between $15.8M and $39.5M of potential savings if 79 agencies adopt the same source of style guidance. “This would give agencies more time to focus on their specific in-house style needs,” the DTA’s Meaghan Newson wrote.