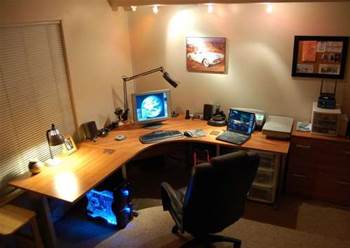 Government aims for 12 percent of workforce to work from home.

The Australian Government aims for 12 percent of the Australian public service to be "regularly teleworking" by 2020.

Prime Minister Julia Gillard made the commitment today at the launch of National Telework Week.

"To inform delivery of this goal, a select number of APS departments and agencies will conduct a series of telework trials commencing in the first half of next year," Gillard said.

In the white paper, the Government had wanted Australia to "have at least doubled its level of teleworking so that at least 12 percent of Australian employees report having a teleworking arrangement with their employer".

The Government's commitment was welcomed by technology industry players, including Microsoft Australia.

"It is important that Government leads the way if Australia is to have high performing workplaces that are resilient to economic uncertainty and market pressures," managing director Pip Marlow said.

ISP iiNet noted its own teleworking program for contact centre workers already had participation in the region of 15 percent of staff.

"The 'Work from Home' program has demonstrated a very positive impact on customer service delivery and has also been a driver for increased staff satisfaction," the ISP said in a statement.

"The program is expected to grow by a further five per cent over the next three years."