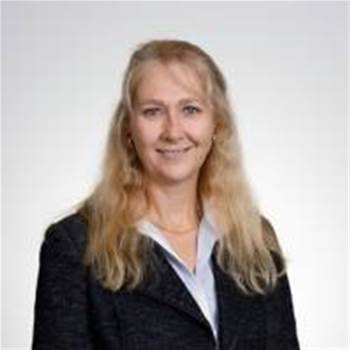 The agency responsible for the country’s My Health Record and other national digital health systems announced the appointment late on Friday “following a comprehensive search”.

Cattermole, who was reportedly one of two senior executives in the running for the top job, replaces the ADHA's interim chief and former COO Bettina McMahon.

McMahon assumed the role from former CEO Tim Kelsey in January, delaying her departure from the agency in the process.

Cattermole comes to the ADHA from Services Australia, where she spent the last seven months as chief operating officer.

Prior to becoming COO, she spent four months as interim CEO and two years as health and aged care group deputy secretary at the agency predecessor, the Department of Human Services.

She also worked stints at Victoria’s Department of Health and Human Services, as well as the federal Treasury and former Department of Families, Housing, Community Services and Indigenous Affairs.

Announcing her appointment, the ADHA spruiked Cattermole's “deep expertise in digital transformation across government and within the health sector”.

“Cattermole is held in the highest regard across the public service and health sector and will bring a depth of knowledge and capability to the role of CEO at a time when digital health has never been more important,” ADHA board chair Elizabeth Deveny said.

“The Board has appointed a leader who is deeply skilled, committed to improving the health of all Australians and who understands the importance of digital innovation in better connecting Australia’s healthcare system.”

Health minister Greg Hunt welcomed Cattermole and said he looks “forward to working closely together to drive technology in healthcare as the need has never been greater”.

Cattermole will begin in the role on September 29, just before Australia’s national health chief information officer Ronan O’Connor departs the agency on October 16.