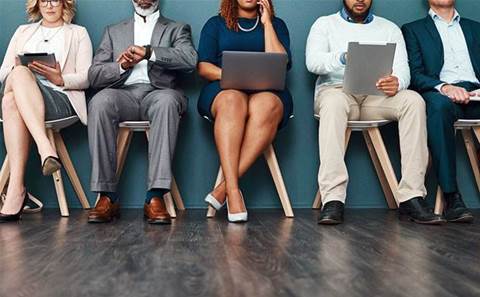 Staffing shortage compounds over near to mid term.

If Australia’s to take advantage of a global cyber security market expected to be worth US$250 billion by 2026, it needs to start producing more talent and increasing security awareness at every level.

That’s according to figures in AustCyber’s annual cyber security Sector Competitiveness Plan, launched today by minister for Industry, Science and Technology Karen Andrews, estimate that Australian businesses already lost up to $405 million in missed revenue due to a persistent skills shortage equating to a 2,300 worker shortfall.

An accompanying Industry roadmap also released today predicts that as demand for skilled workers in the sector continues to mount, the 19,500-strong security workforce could grow to 31,600 by another in less than 10 years time.

That’s still about 5000 staff short of the predicted demand for qualified professionals, with AustCyber noting this doesn’t factor in the current deficit.

The report found that education providers are already working on plugging the skills gap, with around half of the country’s universities now offering cyber security as a specific degree or as a major within IT or computer science degrees.

Vocational education and training providers have similarly upped the ante, with several TAFEs partnering with AustCyber to enhance their offerings and connections with industry.

Private organisations are also targeting younger students with by investing in STEM projects in universities, primary and secondary schools.

In the early days of such initiatives, only 500 students graduated with some level of cyber qualification last year.

That number is predicted to quadruple to 200 graduates per year by 2026, as Australia’s share of the cyber security market increases from $2.2 billion to $6 billion a year.

However, AustCyber cautions that despite that growth and top-tier education facilities, there are signs the system of research and commercialisation is “less efficient than in other leading cyber security nations such as the US and Israel”.

The startup community is expected to absorb and much of the talent and produce exportable goods in the industry, but AustCyber warns more is needed in the short and medium terms to remove barriers to the international marketplace for newcomers who lack business acumen.

Other sources of jobs revenue growth will be driven by organisations in every industry thinking about cyber security “not just in terms of compliance and risk mitigation, but as an essential business function that is fully embedded in processes and systems”.