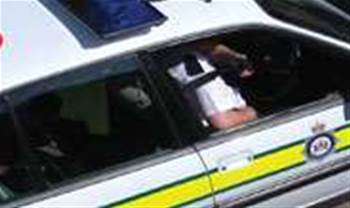 Australian Police have sent out a strong warning to online child predators that want to hide behind the “anonymity of the Internet” to disseminate harmful material against children.

NSW Police Force Detective Superintendent Helen Begg, Commander of the Child Protection and Sex Crimes Squad, said thousands of images had been siezed during the investigation.

“The majority of these arrests have been made in regional areas of New South Wales, as well as interstate, which demonstrates how the internet can be used to exploit children and our ability to track those people involved, no matter where they are.

According to Begg, it’s alleged this syndicate was involved in the production and distribution of child pornography. However, there are many more exhibits, including computers and discs, still to undergo forensic examination.

“Police will also allege that the risk of future harm to children has been minimised as a result of this investigation. We uncovered information which indicates this network spreads across Australia and internationally, not only sharing illicit material but also using the network to identify potential victims and avoid detection by law enforcement agencies,” she said.

Begg said the investigation should serve as a warning to those people engaged in this type of criminal activity.

“You can’t hide behind the anonymity of the Internet. We have the technology and skills to covertly monitor your usage of the computer and you will be tracked down and charged,” she said. “The exploitation of children for sexual gratification is disturbing and this operation is also a timely reminder to parents of the need to learn about the internet and, in particular, ways to protect their children from predators, including those who use the internet.”

Additional information about cyber safety, including a brochure called Who’s chatting to your kids, is available for parents and young people by visiting http://www.police.nsw.gov.au and http://www.netalert.gov.au.

“These arrests are a stark reminder to parents and children to remain vigilant, particularly during school holidays, about who they provide with their details via the internet and who they associate with over the holidays,” he said.