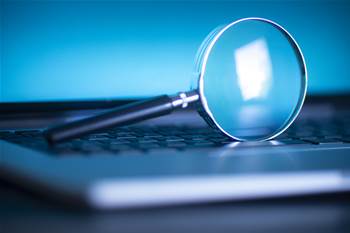 But gives no enforcement date.

The federal government has introduced new grounds to cancel the visas of foreign nationals if they are found to present an “unreasonable risk of unwanted critical technology knowledge transfer”.

Changes made ahead of the caretaker period last week grant Home Affairs minister Karen Andrews the powers, though as yet there is no timeframe for when they will come into force.

All visa holders will eventually be subject to the mandatory grounds for cancellation, bar certain bridging, protection and humanitarian visas for which cancellation will be discretionary.

The visa cancellation powers are contained in new critical technology regulations that also give the minister powers to refuse visas, starting with international students (subclass 500) from July.

International students will similarly be required to obtain ministerial approval before changing their course of study, thesis or research topic from July.

The new regulations intend to “protect Australia’s critical technologies” by plugging gaps in the visa integrity framework to prevent unwanted knowledge transfer to foreign actors and other entities.

Artificial intelligence, 5G and 6G technology and quantum computing are among nine critical technologies of immediate national interest to Australia, as per the government’s blueprint.

“Australia’s ability to harness the opportunities created by critical technologies has a significant impact on our economic success, national security and community safety,” it states.

“Technological advances drive increased productivity, growth and improved living standards; but also have the potential to harm our national security and undermine our democratic values."

When determining whether a visa holder posed an unreasonable risk, the minister, or delegate, must consider “the person’s background and affiliations and the sensitivity of the material”.

“An ‘unreasonable risk is not intended to include a remote risk,” the explanatory memorandum states.

As a result, the government does not anticipate the changes will impact a significant number of visa holders.

Any decision to refuse or cancel a visa will be subject to the same review processes that currently existing under the Migration Act.

A Department of Home Affairs spokesperson did not directly address iTnews questions on the new visa cancellation powers, but said it would shortly consult with industry on changes to student vias.

“Ahead of July 1, the [department] will engage with stakeholders on application of the ‘critical technology’ definition... and provide further guidance around the operationalisation of these change,” the spokesperson said.

“This will include the need to ensure changes are targeted and minimise the administrative impact on education providers and students.

“Engagement with the sector through the University Foreign Interference Taskforce will continue to ensure that the operation of the regulations are proportionate and fit for purpose.”

International Education of Australia CEO Phil Honeywood told iTnews that “clearly affected education institutions and students will be calling for greater transparency prior to the July implementation of these measures.”

“On the one hand, everyone supports the need for national security safeguards, however there are always legitimate concerns when bona fide research endeavours can be compromised and damage our education reputation,” he said.