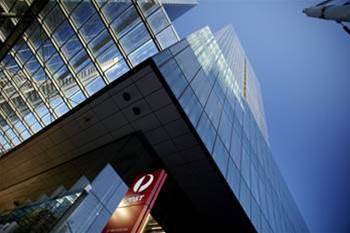 Australia Post is repositioning enterprise data and intelligence under a ‘data lab’ function, which it has given “a mission to build an AI-enabled Australia Post”.

The postal service started recruiting for a general manager for the data lab last week, which it described as a place to “prototype and test new machine learning (ML) models, data solutions and find automation and assistance opportunities.”

The general manager is expected to also lead “enterprise data science and intelligence”, including strategy, capability and value proposition to the rest of the Australia Post business and its customers.

iTnews was unable to confirm if the data labs role is a revamped replacement for Silvio Giorgio, who was formerly Australia Post’s general manager of data science, but left - with several other technology executives from Australia Post - to join Coles Group.

The new data labs leader will report to Leonie Valentine, the ex-Google Melbourne managing director that joined Australia Post at the start of this year in a new role of executive general manager of customer experience and digital.

Valentine joined as part of a broader leadership restructure that was announced earlier this year.

Several data-led projects at Australia Post have broken cover over the last year or so, including AI-assisted parcel lodgement kiosks, workplace safety, and a digital twin of its delivery network.