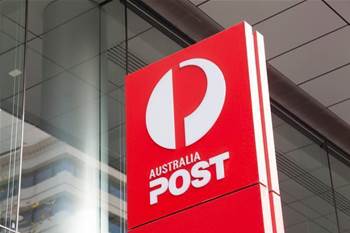 Australia Post is using its data analytics capabilities to understand and address safety concerns in its warehouse environments, such as where forklifts and humans cross paths.

Some of its use cases focus on getting “the right resources placed at the right point at the right time”, ensuring it is capable of meeting demand for mail and parcel services in peak periods.

Newer use cases are focused around safety, Griggs said.

Griggs said that technology was being deployed to “observe and learn through the movements within [warehouse] facilities such as the … forklift movements and the human interactions with those.”

“It’s quite an important piece of work that we're doing in relation to the safety of our people, which is paramount,” he said.

Griggs said that the company had “elements of near real-time data processing” at play in some analytics use cases, though he did not go into detail about what they were.

“It continues to be a focus for us moving forward,” he said.

“Our previous platform, from an analytics perspective, was really a ‘sandpit’ type [environment] with limited access to tools and services, [and] limited access for people,” Griggs said.

“That motivated our move into Google, against our enterprise data analytics project.

“Fundamentally, it enabled a self-service culture within the environment, with a faster time from data to insight without needing the overhead of traditional warehousing and BI [business intelligence] stacks.

“And it realistically enabled us to actually build out our [internal] analytics community from that point.”

Griggs also revealed that Australia Post is starting to use Google’s own Looker platform in addition to Tableau for modelling and visualisation.

“From an enterprise perspective, we are implementing Looker into the organisation, which will sit alongside our Tableau capability and complement that from an analytics perspective as well,” he said.

“An increase in near-zero latency business observability will be important to us moving forward, especially in our parcels business, which is growing, and especially in relation to our safety initiatives.”