Australia Post on the hunt for new GM of technology, channels and sales 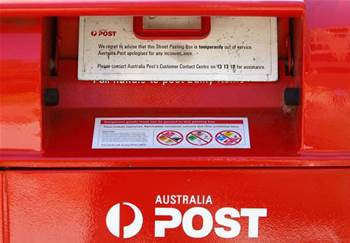 Australia Post has lost its general manger of technology for channels and sales as Anita Matuszewski departs for an external retail role.

Matuszewski made the announced via her LinkedIn page, writing it was a “privilege” to lead the Australian Post technology team.

“I have had the privilege to lead an awesome technology team that pushed all boundaries to deliver better experiences for our staff and customers in the past eight years,” Matuszewski said.

“I’m so excited to continue my journey in retail and look forward to the next chapter in my career.”

An Australia Post spokesperson told iTnews Matuszewski left the business “to take up an external role and we thank her for eight tremendous years with us.”

“We are in the process of securing a replacement candidate and look forward to announcing this soon,” the spokesperson said.

“This is an important role in the technology team, driving technology support and delivery for our customer, commercial and retail organisation”

Farmer was selected as Australia Post’s CIO when John Cox moved to a new executive position, before Cox ultimately switched to supermarket giant, Coles, as its new chief technology officer.

Matuszewski first joined Australia Post in 2014 as head of technology for retail services, before moving into her latest role in 2017.