Australia Post looks to build on its Webex environment 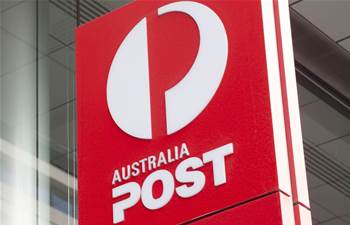 Australia Post is working to integrate a central Webex platform that it deployed to around 15,000 staff earlier this year with both existing and new platforms to develop more advanced use cases.

The company told last week’s Webex One conference that it had pre-selected Webex as its new communications and collaboration platform pre-Covid, though the pandemic forced a rapid expansion from a few thousand to upwards of 15,000 staff in the space of 48 hours.

“The result of the previous model was a disparate way to communicate with each other and no central way to actually leverage the workforce across those different technologies,” Hazim said.

“We embarked to create a central communications platform that was able to integrate into other 'software-as-a-solution' platforms as well as the other investments that we’d made in our organisation to ensure that we would be agnostic to any other transformation in future”.

Hazim said Australia Post wanted to establish a communications platform “that would be able to stretch across any workforce within the organisation”.

The organisation also wanted to have the same AV systems across the organisation in physical meeting rooms, and invested time in doing so while many employees were working from home.

“We were really lucky to leverage the time when people were not in the office to uplift all of our meeting rooms and spaces and get this technology ready to go,” head of workplace technology and experience Tom Bryant said.

“We’ve [now] got 350 spaces across Australia. We went from previously having just a handful of video-enabled rooms and hardware.”

Where Australia Post sees future value emerging is in the systems it is able to integrate with Webex.

“We’ve got the base in there and really now it’s about now integrating it into all of the other platforms that we’ve got, streamlining things as much as possible,” Bryant said.

Hazim said that Australia Post planned to offer a “cheaper calling solution” to licensees through the platform. Some post office locations operate under license arrangements.

He also said there were opportunities to integrate existing systems such as ServiceNow with Webex.

In this example, Hazim said that staff could use that integration to “communicate with the [IT] service desk directly or with a bot to get an answer, rather than always having to pick up the phone and talk to someone.”

“It’s about really leveraging the [Webex] platform for what it can do from an integration perspective to shift the workforce left into doing more meaningful stuff than the normal day-to-day,” Hazim said.

“If we can automate things at large scale such as password resets, then I’m sure [business areas] will have a better ability to focus on different solutions for their customers.”

The Webex deployment is one stream of a broader network transformation that has been underway since the middle of last year.