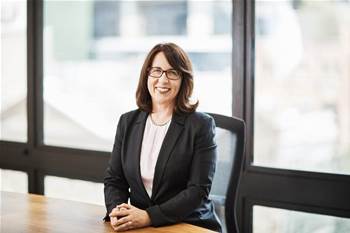 The federal government has appointed Angelene Falk as its new information and privacy commissioner after a five-month search.

Falk, who has been acting information and privacy commissioner since the retirement of formerOffice of the Australian Information Commissioner (OAIC) chief Timothy Pilgrim, took up the role yesterday.

Pilgrim left the agency in March this year after serving eight years as the government's privacy commissioner and two as its formal information commissioner.

Prior to her recent stint as acting information and privacy commissioner, Falk has held several senior positions at the OAIC over a six-year period, including two years as deputy commissioner.

Falk takes the reigns at a time when the agency is facing an unprecedented workload, with the recent addition of the notifiable data breaches (NDB) scheme and the forthcoming consumer data right.

Porter said he was confident Falk was the right candidate for the job, citing her extensive role in setting up the NDB scheme and reforming the Privacy Act last year.

“Ms Falk has extensive experience delivering the functions of independent regulators and a track record of working across Commonwealth and state agencies, business and the community in law, policy and education,” he said.

“I congratulate Ms Falk on her appointment and I look forward to the contribution she will make to the OAIC.”

Falk has been appointed for a three-year term.