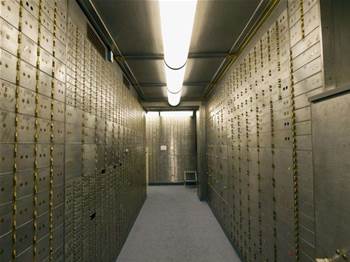 The Federal Government has revealed a long-term ambition for banks to move to a common IT system that would make it easier for customers to switch accounts between financial institutions.

Fraser was due to hand his study to the Government by 30 June 2011.

It was envisaged that account number portability would operate in a similar fashion to mobile number portability (MNP) for mobile phone numbers – allowing consumers to easily transfer to a new deposit or mortgage account provider.

Treasury Department markets group executive director Jim Murphy told a Senate Committee today that it "may not be beyond the wit of man to work out how to" enable account portability.

"It does get into technology issues in terms of the back office and that's something we'll be looking into," Murphy said.

"What we'd like to do is - once we've completed further independent examination - to get an agreement from the financial institutions to move to a common system in terms of technology so they have those portability [capabilities].

"These are major investments in IT and these [investments] could occur over time."

According to policy documents, deposit account number portability "could ultimately provide consumers with a personalised, transferable account number to which all their direct credits and debits attach, and which moves with them when they switch.

"It could empower consumers to switch around and get the best deal on their savings," the document stated.

Among the terms of reference for Fraser's inquiry were how to preserve "the regulatory integrity of bank payment systems for consumers, including privacy of information" when systems became common between institutions.