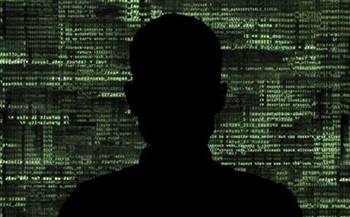 Will attack and defend.

The Australian government has created a new military unit tasked with both defending the country's critical infrastructure against cyber attacks and launching offensive cyber strikes on foreign actors.

"It will integrate existing operations from across our defence forces to protect and support our ADF deployed personnel and systems. The division is authorised to conduct self-defence, passive defence, active defence and offensive operations," cyber minister Dan Tehan said today.

Ministerial authorisation will be required for any offensive activities can take place, he said.

The government has also given the Australian Signals Directorate the legal authority to expand offensive cyber operations from military targets to non-state civilian attackers offshore.

"We have to make sure that we are keeping the mums and dads, the small businesses, the large businesses, government departments and agencies secure in this nation and that is why we have made this direction to the Australian Signals Directorate," Tehan said.

The new information warfare unit within the ADF will go live this weekend with an initial 100 cyber security specialists. The government hopes it will grow to 900 staff within ten years.

However, attracting Australia's best and brightest security experts away from lucrative private sector roles will be a challenge for the government given a well-documented cyber security skills shortage.

The unit will contain both Defence personnel and civilian public service employees.

It has been described as one of the country's biggest shifts in defence strategy.

The launch of the new cyber unit comes as the world grapples with the Petya/GoldenEye malware that ravaged computers across the globe earlier this week.

Security experts say it is likely the main purpose of the malware - which they claim was masquerading as ransomware to hide its true destruction intent -  was to install itself on computers at government and commercial organisations in Ukraine and plant the seeds of future sabotage.

Australia was left relatively unscatched by the global attack, but did not so easily escape damage from the earlier WannaCry mass ransomware campaign, which notably snared Victoria Police's speed camera system and shut down Honda's manufacturing plant.