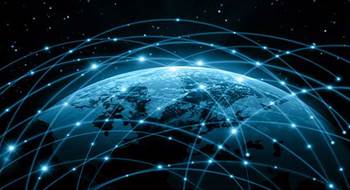 Akamai's State of the Internet [pdf] report saw Australia enter the top ten DDoS source list in the second quarter of this year with around four percent of attacks globally, putting it on par with larger countries such as Germany, Russia and Korea.

The report indicates fast NBN connections are being abused by attackers for denial of service attempts.

"Australia’s appearance on the list is likely due to the increased adoption of high speed internet access throughout NBN and connectivity of IOT [internet of things] devices in the region," Akamai wrote.

Denial of service attacks are used for criminal purposes by those who seek to blackmail organisations and providers through service disruptions that harm their reputations.

Compared to the year before, the second quarter of 2015 saw a 132 percent increase in total DDoS attacks, with the number of 100 gigabit per second floods doubling from six to 12.

Attacks also last longer on average, up to 20.64 hours from 17.35, but Akamai saw an 11.5 percent decrease in average peak bandwidth.

SYN and Simple Service Discovery Protocol (SSDP) were the two most common flooding techniques used by attackers, who have started to combine several denial of service vectors for greater effect, Akamai said.

The largest DDoS recorded by Akamai in the second quarter of 2015 measured 240Gbps. Online gaming sites remain the most common target for DDoS attacks.

Akamai also saw one of the highest recorded packet rate attacks on the Prolexic network in quarter two of 2015.

This peaked at 214 million packets per second, an intensity sufficient to take out routers used by large Tier 1 internet providers.