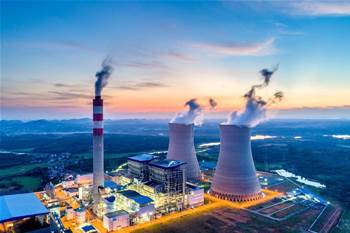 Smart appliances that run automatically during demand lulls on the electrical grid are often touted as bill-shrinking saviours for consumers.

But a new Sino-Australian research partnership is now looking at how such devices can benefit the overall energy infrastructure.

The Australia-China Joint Research Centre for Energy Informatics and Demand Response Technologies was recently granted $900,000 by the Australian government to study how to make energy supply systems more efficient and reliable.

Combining the engineering of an electrical grid with computer science is hoped to result in a new system that can account for peak energy demand times and adjust a household’s electrical use accordingly.

A smarter, smoother grid would help ease the switch over to an energy mix consisting of different renewable sources, while also hopefully reducing the number of heatwave-related blackouts as households turn the air conditioner up to 11.

China, as the largest energy consumer in the world, is also looking to maximise the efficiency of its electrical grid to safeguard power supply to its roughly 1.4 billion inhabitants.

The University of Sydney’s Albert Zomaya, a professor of computer science and one of the lead Australian researchers on the project, said both nations suffer during periods of peak electricity demand.

“We need to even out the demand for energy, so we don’t see the big peak demands on the system,” he said.

“This will mean our energy providers can improve the flexibility and reliability of the energy system as a whole. The centre will provide a good platform for carrying out this interdisciplinary research which has the potential to help consumers save energy and lower their energy bills.”

Energy Australia and RMIT University, along with the State Grid Corporation of China, Tianjin University and Tsinghua University are also collaborating on the project with the University of Sydney.

A prior partnership between the University of Sydney and Tianjin University has already produced and international patent proposing a computational model for using internet of things devices with an enhanced data processing capability to efficiently collect data from distributed grid systems.

Currently teams from the centre are already working with the energy suppliers to run a smart meter pilot program to test the ability to sync appliance use with off-peak energy use times.