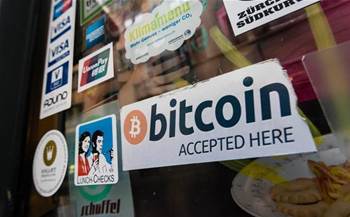 Australian digital currency exchanges Independent Reserve and CoinSpot are the first to confirm compliance with new AML-CTF rules that came into effect yesterday.

It largely means that digital currency exchanges are subjected to the same anti-money laundering and counter-terrorism financing laws as institutions that deal in fiat currency, such as banks.

That means verifying the identity of customers, reporting “suspicious” transactions as well as those over $10,000, and keeping records for seven years.

Existing cryptocurrency exchanges have until May 14 to submit a registration application to AUSTRAC.

They can continue trading while they await a decision, the regulator said in a statement.

The first two Australian exchanges to confirm registration are Independent Reserve and CoinSpot.

Independent Reserve CEO Adrian Przelozny said in a statement that the regulations would help legitimise cryptocurrencies.

“We have been lobbying for increased regulation since we opened for business in 2014,” he said.

“We passionately believe that the digital currency economy will – and should – become just another part of the mainstream economy.

“In order for that to happen, digital currency needs to be regulated just like any other asset class. This is an excellent new step on that journey.”

Recent Independent Reserve board appointee and investor Steve James also commented that the regulation would help relations between digital exchanges and banks.

Some banks have been wary of cryptocurrencies and have made it difficult both for their customers to trade in virtual currencies as well as for exchanges to hold traditional bank accounts.

“Coming from a banking background it’s easy to see why banks have seen this sector as a potential AML/CTF risk,” James said in a statement.

“While in the past we’ve seen the bigger banks showing reluctance to get involved, now we have higher standards for all operators and I am very confident this will result in much stronger partnerships between traditional and digital currency institutions.”

Melbourne-based CoinSpot said in a brief statement that it had submitted its application to AUSTRAC yesterday.

“We are pleased to announce that we have been successful and are now registered to provide digital currency exchange services,” it said.

“This is a big step for the industry in Australia and we are excited to be a part of it.”

“During that time, AUSTRAC will not take certain enforcement action, if a reporting entity meets certain conditions,” the regulator said.

Similar central regulation of digital currency exchanges is occurring in other countries, such as Japan.