Aussies most likely to use self-service 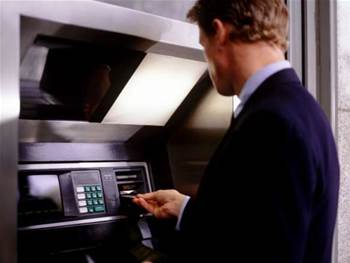 Research shows that more Australians prefer to do business with companies that provide self-service options than consumers from other regions.

NCR, a technology company that specialises in these self-service solutions, sponsored the study, which was the first of its kind conducted on a global scale.

The survey questioned 4,000 randomly chosen consumers in North America, Europe, China, and the Pacific, 500 of whom were Australian.

To NCR, Australians’ aptness to embrace this kind of technology was not a surprising result.

“New Zealanders and Aussies like to live on the go and don’t want to stand in a queue all day.”

“When Woolworths installed their self-checkouts, 20 percent of shoppers said they were using them in the first year… that’s a much higher number than you would see in major US or European cities.”

The study also found that self-service use doesn't rely on age demographics, with people who are "nine or ninety" choosing to engage the technology.

Chant stressed that the popularity of self-service doesn’t automatically signal the end of customer service.

“It’s about choice, not about forcing someone to use these services. It’s about providing different options for different circumstances,” he said.

“And it frees employees up to do other things. Woolworths has more people in the aisles to assist customers now that there aren’t as many needed to work the checkouts, and customers think they're getting a better quality experience.”

With Gartner predicting that 58 percent of all transactions will be self-service by 2010, it seems businesses will find even more ways to help customers help themselves.

“There will probably be more mobile phone options, like airlines allowing passengers to check-in from their mobiles… some airlines are even talking about eliminating the entire check-in process altogether,” Chant said.

“It’s just going to transform the way businesses work, and give consumers more options in the way they live their lives and do business.”