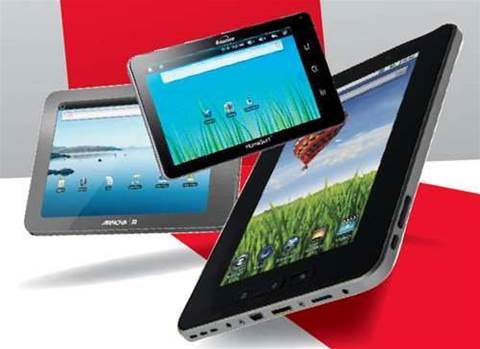 More Australians are using all their screens and devices at once, driving a convergence of TV, tablet, mobile and social use, according to new research from Deloitte.

The consulting firm’s annual State of the Media Democracy report found the introduction of hybrid device categories such as phablets (phone-tablets) and notelets (notebook-tablets), was blurring device usage.

“More than a quarter of Australians own a laptop, a tablet and a smartphone (28 percent) and we multitask with them.

“Significantly 71 percent of us are multi-tasking while watching live TV.”

The report’s authors argue the use of second and third screens to consume media would likely increase, creating both opportunities and challenges for retailers, broadcasters and advertisers.

McDonald said while television people talked about the “second screen”, that presupposed that TV was the first screen.

“So if you’re the sort of retailer that relies on a lot of shouty ads on TV, but I can’t find you on my mobile or my tablet, then you’re driving demand to somebody else.”

The Deloitte report comes on the back of Google research which found 55 percent of Australian businesses had a mobile-enabled website.

Deloitte found 37 percent of the 2000 Australian respondents owned a tablet in late 2012 compared to just 13 percent in 2011, one of the highest ownership levels recorded across all countries in the survey.