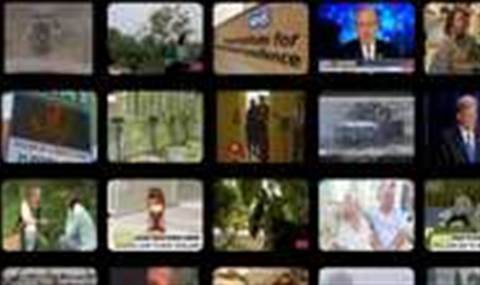 Australian universities and researchers have flocked to a newly available video calling service linking local institutions with those in Europe, the US, Brazil and Argentina.

The NRENum.net service, established in 2006 and maintained by the Trans-European Research and Education Networking Association, provides a virtual call routing service for voice and video calls between participating institutions.

As with the traditional voice network, each country is allocated a country code, with the relevant education network - such as AARNet in Australia - taking care of the local call routing to videophones, immersive videoconferencing suites and VoIP phones.

Australia only officially joined NRENum.net this month, but testing by local universities and AARNet generated fourth most video and VoIP calls of any participating country during April.

NRENum.net statistics indicated that a total of 288,518 "queries" or calls were made by universities and researchers in the 16 certified countries during the month.

Connection to the NRENum.net service is an expansion of the unified communications exchange AARNet established 18 months ago, allowing universities to use a variety of video calling technologies without worrying about interoperability of technologies.

AARNet's unified communications has 16 participants in Australia which, according to AARNet director of application and services director James Sankar, is about a third of the network provider's members.

"It's been quite impressive the number of universities, including CSIRO, connecting many of their end users in different states to the exchange," Sankar told iTnews.

"We're seeing thousands of calls being transferred across and being queried to try and connect to the other side.

"The problem we have is, as with all new technologies, getting the critical mass so that once you get all the universities on board, you can start having this ubiquituous calling experience that people can take for granted."

Other institutions would likely come on board when IT budgets allowed for the infrastructure upgrades necessary to join, and once criticial mass between universities convinced others to join the service.

Sankar could not comment specifically on NRENum.net statistics, but said there was obvious "latent demand" for the service from universities.

"It opens up all kinds of possibilities for the travelling academic or for those people working in research groups to cost effectively collaborate together without carrying those sorts of costs that you'd get over traditional carriers," he said.

Importantly, both AARNet's local exchange and NRENum.net provide a common platform on which to make calls outside of the closed video networks traditionally associated with high-quality, immersive video calling.

The NRENum.net service extended that capability, allowing universities to call numbers - rather than relying on IP addresses or SIP handshaking - in order to make calls.

"For technology providers it's a big deal because there's a lot that's needed to make it happen," Sankar said.

"In future, you wouldn't talk about unified comms, you'd just be talking about having a meeting."