Aussie troops could get a wearable 'black box' 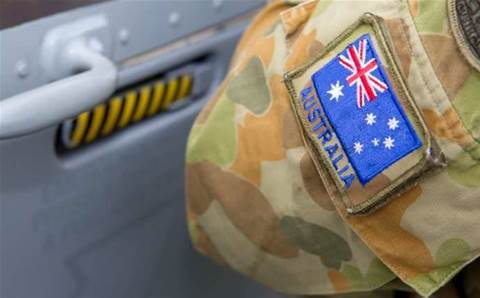 From flight to fight recorder.

Australia’s frontline troops could soon be wearing lightweight sensors that track and store their movements, allowing the ADF to piece together what went wrong in military tragedies in the same vein as a plane's black box.

The Defence Department’s research wing has been working on the concept of a ‘fight recorder’ - borrowing from an aeroplane's flight recorder - that uses advances in miniature wearable sensors and long battery life to preserve a record of what happens to troops in the field.

The fight recorder would serve a dual purpose: it would act as an emergency beacon that could be activated by a soldier in trouble, using low-orbit satellite connections to send GPS coordinates back to base for help.

And in the aftermath of an incident, it could be used to compile a timeline of the movements and actions of a fighter, assisting in investigations and reviews of Australian military tactics.

The Defence Science and Technology Group said it’s more than likely the hardware would be just as useful to non-military sectors as well.

“In addition to the benefits for the warfighter, this technological innovation is expected to provide benefits in other contexts including emergency services, law enforcement agencies and the private sector,” it said.

DST’s vision harnesses an inertial measurement unit (IMU) to track acceleration, limb movements, and direction of a soldier. The agency wants to be able to tell when a soldier is stationary, running, walking, crawling, or seated at any given moment.

Geo-location capabilities track a soldier’s coordinates, and DST anticipates machine learning could help crunch through this data to come up with tactical insights and safety protections.

It expects the body-worn devices would harvest “dozens of parameters collected several times per second”.

But there are still a couple of technical obstacles the DST Group needs to overcome to make the concept a reality, and it has put $700,000 on the table for universities or businesses that can build it a prototype that overcomes these hurdles.

The agency needs someone to build algorithms that can reliably measure body orientation and movements according to device readings, potentially in the heat of battle.

“While IMUs have great potential for reconstructing human movement outside the laboratory, limited work has been done to develop the necessary theory, algorithms, and software needed to achieve this goal,” it said.

The DST Group has offered up to $300,000 to researchers that can deliver a fix.

It is also looking for a team to build a prototype of the device itself, with IMU capabilities, the ability to function in remote locations, flexibility to adjust usage to extend battery life, and pre-processing functionality. It is offering up $400,000 for the hardware build.