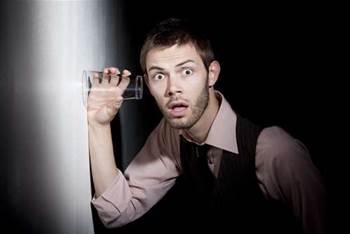 Secret intelligence agency opens up for the first time in 60 years.

The head of the Australian Secret Intelligence Service (ASIS) has warned IT security challenges "pose one of the biggest threats of the decade", as the security landscape makes covert intelligence operations more difficult for agents.

Director-general Nick Warner said this week that despite the Federal Government spending "considerable resources" on boosting intelligence-gathering capabilities for ASIS and other Australian authorities, use of the internet and closed networks to collect information had become dangerous for the spy agency's staff.

"Developments in cyber are a two-edged sword for an agency like ASIS — they offer new ways of collecting new information but the digital fingerprints and footprints which we all now leave behind complicate the task of operating covertly," he told an event held by the Lowy Institute.

He said changes in information security would "fundamentally alter the environment in which agents operate".

Warner made the comments in the first public speech given by a head of the secretive spy agency in the 60 years since its inception.

He said hoped to lift the veil off an agency that endured "little public awareness" of its contribution to national security.

However, his speech also coincides with an attempt by ASIS, ASIO and other Australian authorities to gain an unprecedented expansion of legal powers on gathering intelligence, both online and off.

The reforms, which have gained increasing attention since the release of a discussion paper by the federal Attorney-General this month, would also seek to give agencies like ASIS access to telecommunications records and data for two years, as well as the ability to intercept communications made over cloud computing and social networks.

The proposed powers have been slammed by critics like Greens senator Scott Ludlam as a "systematic erosion of privacy" while prompting a public mount for defence of the reforms by the likes of Warner, and assistant treasurer, David Bradbury.

Created as a "small entity focused on the cold war" in the 1950s — but not publicly acknowledged by the Federal Government until the 1970s — ASIS has since broadened its scope to provide intelligence support for Australian troops and foreign policy efforts whose work had gained "new urgency and importance".

ASIS remained driven by human intelligence but was increasingly powered by agents working "behind the scenes" from the agency's headquarters, Warner said.