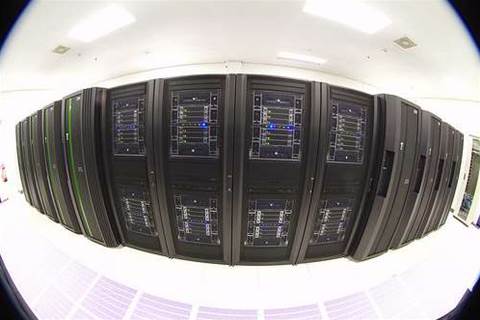 An unnamed Australian cracker known only as 'Modem' and 'Mod' has been linked to a criminal ring which sold off illegal access to compromised machines including a US Government supercomputer.

Twenty-four year-old US man Andrew Miller who used the handle 'Green' has pleaded guilty to the crimes and faces 20 years in prison but may only face up to 18 months per a plea deal arranged in July. (pdf)

Miller took special care to gain entry to and remotely install backdoors in US Department of Energy supercomputers, but the same thought was not put toward choosing a legitimate buyer when it came time to sell the login information he obtained.

The campaign began in 2008 when Miller was a teenager. It was quashed years later by an undercover FBI agent to whom Miller intended to sell access to the government networks. An indictment was filed against Miller in June.

Miller had been looking to earn $50,000 for his efforts, but now faces fines upward of $750,000 after being charged with one count of conspiracy and two charges of computer intrusion.

He appeared to have been the ringleader of the group, which called itself the Underground Intelligence Agency (UIA), which is charged with remotely accessing computers located in Massachusetts and elsewhere, and installing backdoors and creating passwords that provided root access to the networks, according to the indictment. (pdf)

The team leveraged this access to steal legitimate login credentials, which Miller and his cohorts then conspired to sell.

The FBI previously purchased access information to various other networks and domains for roughly $1000 a piece, but the hammer was not dropped until July 2011 when Miller made an offer to the undercover FBI agent for root access credentials to Department of Energy supercomputers in California.

The credentials would let users tap into to the government science facility domain “nersc.gov,” according to the indictment.

“Because Miller's $50,000 price-tag was so steep, the FBI never transferred the money and therefore never obtained the NERSC log-in credentials,” according to a court document. (pdf)

Got a news tip for our journalists? Share it with us anonymously here.
Copyright © SC Magazine, US edition
Tags:
arrest crime fbi security