Two Australian domain name registration companies are being taken to court by the competition watchdog for an alleged fake invoice scam that reaped $2.3 million from their customers.

Domain Name Corp and Domain Name Agency - both managed by the same director, Steven Bell - are alleged to have sent out 300,000 unsolicited notices to businesses that were designed to look like renewal notices for domain names.

The ACCC claims the notices were actually for the registration of a new .net.au or .com domain name at a cost of between $249 and $275.

Many businesses who received these notices paid them, according to the ACCC, thinking they needed to renew given the domain names in the notices were designed to be "very similar" to the business' existing domain name.

Instead, they unwittingly signed up for a new one. The watchdog claims around $2.3 million has been paid into the two companies as a result of the notices, which it says have been sent out since November 2015.

The ACCC is seeking declarations, injunctions, pecuniary penalties, corrective advertising, and disqualifying orders against the director, as well as costs.

More than 14,500 people suffered a combined loss of more than $650,000 to false billing scams last year, according to the ACCC's ScamWatch website. 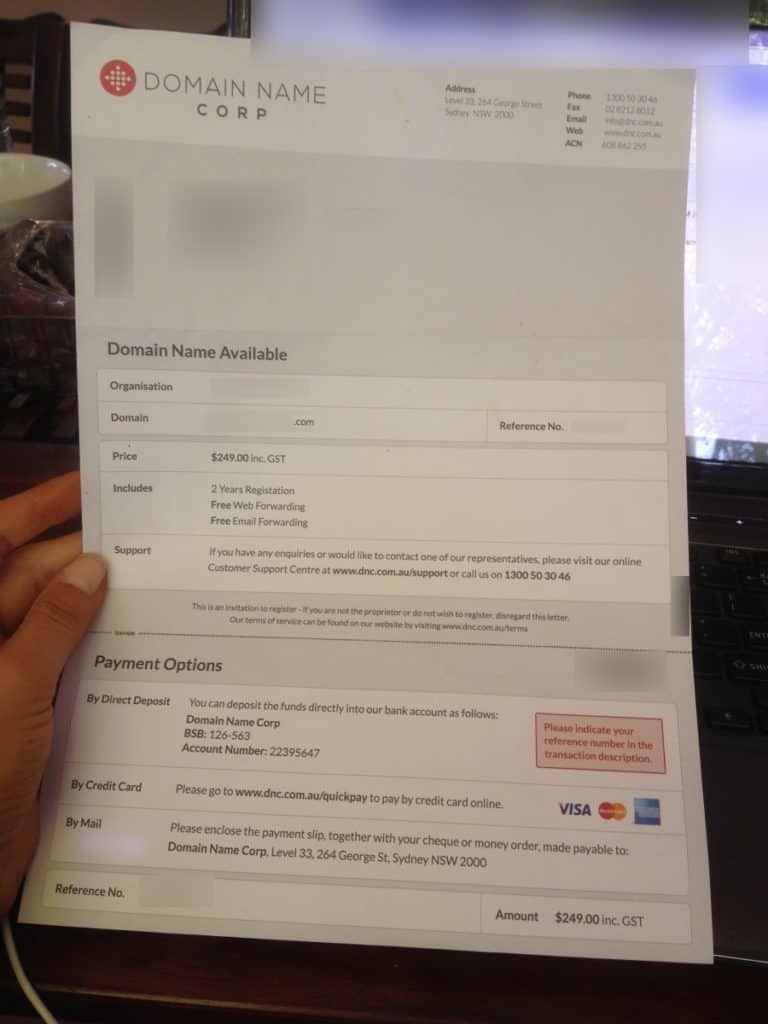 Image credit: Akura Technologies
Got a news tip for our journalists? Share it with us anonymously here.