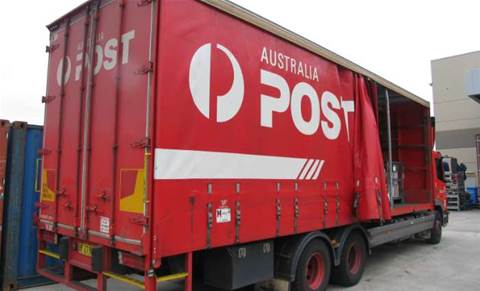 Australia Post has quietly created an email add-on tool that uses machine learning to find unpaid bills and itemise when they need to be paid.

The Bill Scanner tool is currently in open beta and is “available for Gmail, Outlook, Hotmail and Live accounts”. Users must sign in with their Google or Microsoft credentials.

Once connected to the email account, the tool scans the inbox for bills bearing the Postbillpay logo and barcode and “pulls [any] we find into Bill Scanner”, which is hosted on AWS.

The postal service said it would use undisclosed machine learning techniques to extract data from the bills and itemise them according to due date.

In particular, Bill Scanner looks for the payment amount, due date, and who issued the bill, and also extracts a full copy “for presentation in the application”.

Australia Post said that it was possible to edit the extracted data should the machine read it incorrectly, and it appeared its character recognition could be an issue - at least in the beta.

“Bill Scanner verifies your Postbillpay bills automatically,” the postal service said. “However we are still learning and sometimes misread the date or amount due.”

AusPost said it used SSL encryption for data sent between the email client and the Bill Scanner app, though it did not specify to what level.

It said Bill Scanner would send notifications to the user’s smartphone when a bill was approaching its due date.

The company said it hoped to expand the service to cover other billing services outside of its own. It also indicated it could expand the number of email services it is able to connect to.

The project appears to be driven by Australia Post innovation labs, or AP Labs.

Stephen Bellchester, a senior developer at AusPost, said it had taken significant effort to put together a training dataset for the machine learning algorithm.

“We needed hundreds of PDF bills from various billers and in various forms like an overdue bill, a direct debit bill and so on,” he said.

“Getting that first test set was a huge task.”

“We needed our customers to grant us access to their email inbox so the machine learning could search for different types of electronic bills from multiple providers in Australia,” he said.

“Because privacy is absolutely key to what we’re doing, we’re very careful to only take emails from recognised billers.”