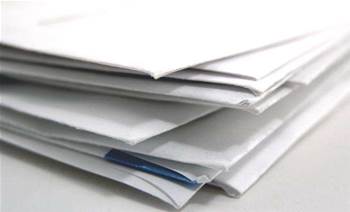 But no infrastructure strategy.

Australia Post has given the clearest indication yet of intentions to offer retail mobile and broadband service directly to customers in future.

In his first public speech since joining the government business enterprise late last year, general manager of telecommunications products and services, Maha Krishnapillai, told the CommsDay Congress in Melbourne this week that it would offer fixed line broadband over the NBN and mobile services in future.

But Krishnapillai, who was previously Optus' head of government and regulatory affairs as well as strategic head at Macquarie Telecom, insisted the company would not become an infrastructure player.

"We will not be building base stations or fibre or other things like that," he said.

"We will certainly be working closely with data centre providers and cloud [providers]  but we will also be leveraging what we think are our strengths — around retail and brand."

Krishnapillai's presentation confirmed months of rumours of the company's move into telecomms after he joined Australia Post last year.

Though cagey on exact details around products and likely services, Krishnapillai did indicate Australia Post would not become a carrier in its own right, but instead offer mobile and broadband services as a virtual operator.

His presentation to the congress indicated intentions to provide "broad telecommunications services" to Australians, with a focus on integrating with the business' existing retail footprint in rural and regional Australia.

Australia Post has begun a five-year strategy focused on improving revenues and profits around digital services.

It has undertaken a redesign of its major retail stores, launched several e-commerce sites and plans to formally launch a digital mailbox service later this year for bill payments from major institutions, hosted on Telstra's infrastructure-as-a-service.

Though the company served some five billion letters and parcels over the past year, its traditional core business had become unprofitable, delivering a $90 million loss during the 2011 financial year to Australia Post.

The company's $332 million profit — up 31 percent on the previous year — was largely a result of "other commercial activities".

Krishnapillai said the telecommunications strategy was part of moving to become a "major part of what we think is the next stage of e-commerce".

"Our goal is to build a sustainable communications business — sustainable being a keyword there — both physically and digitally, to leverage the online changes that are occurring with our physical footprint," he said.

Australia Post is seen as a potential wild card in the broadband marketplace and potentially the first of several household name brands that could become retail service providers in their own right under the NBN.