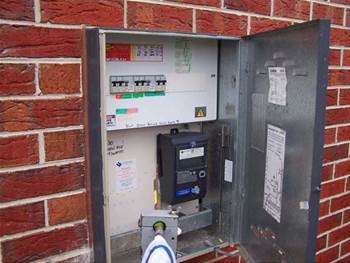 The cost of Victorian power distributor AusNet’s troublesome smart meter rollout continues to grow after the company revealed it expects to pay a further $175 million to stabilise its existing advanced metering infrastructure over the next year.

Under a Victorian government initiative announced in 2006, the state’s five electricity distribution providers were to install smart meters in every household and small business by the end of 2013.

AusNet - which until earlier this year went under the moniker SP AusNet - was given responsibility for 714,000 of the state’s smart meters.

At the end of last year, the company announced it would not meet its deadline and anticipated a six-month delay to the completion of its rollout. At that point, AusNet had already spent $510 million on the program.

Earlier this year it revealed difficulties with the performance of its advanced metering infrastructure (AMI) systems - which facilitate automated communications about energy usage between the smart meter and the utility company - meant that while it had installed 686,000 smart meters, only 390,000 had been successfully hooked up.

It said the AMI systems were struggling to deal with the increasing load of connected smart meters, resulting in periods of significant instability.

As a result, AusNet undertook a technical review of the technology, which it today announced has been completed. The review has informed a detailed remediation plan to stabilise the systems and complete the network coverage.

The company said it has now rolled out around 700,000 smart meters, with the remaining 14,000 delayed mainly by inaccessible sites or customer refusals.

But only 400,000 of the smart meters rolled out have been successfully converted to the AMI systems, it added.

The company therefore expects to incur additional expenditure of $175 million in the period to 31 December 2015 to stabilise the systems, complete the network coverage and finish the AMI program.

However, it did warn that there was a risk further expenditure may be required “as with all large-scale and complex projects”, and a chance that “the project will not remediate all issues with system performance”.

The further costs add to the $37.5 million AusNet will need to pay to 300,000 Victorian home and business owners next year as part of a condition imposed under the Victorian government’s customer rebate policy, which forces power distributors to pay a $125 one-off sum to customers who don’t have a functioning smart meter installed before March 31 next year.

It also adds to the $15 million asset impairment AusNet recorded against the AMI systems in its most recent financial year.

Under the smart meter scheme, Victoria’s power distributors are able to submit a request for additional cost recovery associated with the rollout.

But AusNet was also unsuccessful in its appeal for a review of the Australian Energy Regulator’s 2012-15 AMI budget determinations, in which the AER refused to cover $56.4 million of AusNet’s costs.