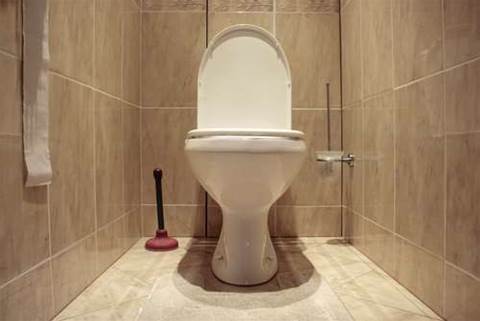 If sanitation is a master of innovation, security is a slave of the stone age.

The security industry needs to modernise, and Christofer Hoff reckons it could do worse than learn from the sanitation sector about how to automate manual tasks.

Ensuring the human role is as efficient as possible is key to success within the sanitation and security industries. But while the former sector has developed automated taps and hand driers to make answering the call a brief affair, humans remain bogged down and poorly utilised in security systems.

Picture this: A security analyst tires of seeking for the proverbial needle in a hackstack of largely unstructured data. For hours on end she combs data sets looking for red flags.

She takes a break and goes to the restroom. There she is greeted with the fruits of centuries of automation and innovation that have made our daily routines simple. She washes her hands using infrared faucets, applies soap from the automated dispensers, then dries her hands with yet another machine. She might even use an automatic douche or use internet-connected RSS feed toilet paper that prints here most disliked blogs.

“It might not seem ground-breaking, but these things have made restrooms easier to clean and easier to get people in and out,” says Hoff, Juniper's chief security architect and a long time champion of innovation in information security. “And let's face it, no one wants to spend a lot of time in the bathroom – or in front of a screen”.

But it is not only toilets that Hoff holds as models of automation. Advancements in the aviation sector have produced automatic flight programs that can hide complex data processes to allow pilots to focus on fewer more important functions.

The broader IT industry has also made our lives easier, but in security the improvements largely benefit attackers not defenders, Hoff says. “Attackers get to use the tools of innovation and automation, but for the most part defenders do not. Security remains static, manual, and rigid.” 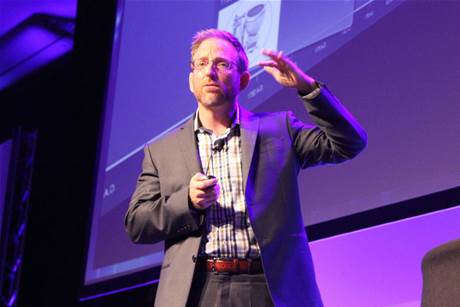 Moreover, he says security by design has not been built to scale notably in that feedback loops are not adequately trusted. “Analysts today stare at screens watching text fly by, troubleshoot and run forensics on things that mean largely nothing. We should focus on injecting human into exception management.”

A few things need to change to pave the way for automation, which Hoff says is key to exploiting the immense amount of valuable information produced from cloud computing, business intelligence and big data. Crucially, normal behaviour needs to be identified and automatically parsed.

“Tools like SIEM (Security Information and Event Management) and Hadoop can consolidate unlike data sets and, coupled with an analytics layer, it puts different lenses on unrelated data and it gives you very interesting views on what 'normal' looks like.”

The content within logs needs to be improved too, and designed to suit security pros, not just developers.

He also finds fault within the way that underlying infrastructure infrastructure and the applications which reside on top communicate: Essentially, they don't.

This means that within a cloud computing environment, attacks on a client application may go unnoticed by the infrastructure layer owned by the cloud provider. “The really annoying part is that if you have common sets of APIs and telemetry at each layer, you would have a single pane of glass to use the automation technology to identify attacks.”

From there, the “meat cloud” could respond.

These are just a few of the steps Hoff sees as necessary for the profession to undertake to stay relevant, but he points out that IT shops don't need to be burnt down and rebuilt to keep up with the sanitation sector. “There are tools and processes that are adaptable. They will help those who think this change is too much to handle.”