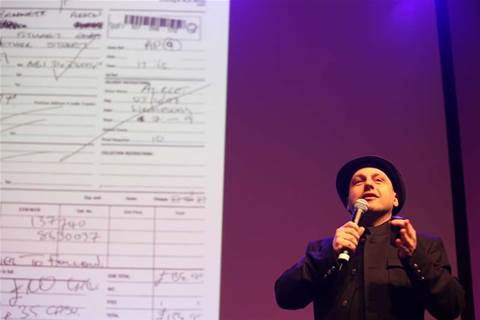 Fraud ain't supposed to be funny.

It’s only after about a decade that Bennet Arron can laugh about the time he and his wife were made homeless by identity fraud.

Admittedly, most of us would never find such an incident funny, but the stand-up comedian and award-winning writer has definitely made the best of a very bad situation.

You had your identity stolen in the worst way possible... 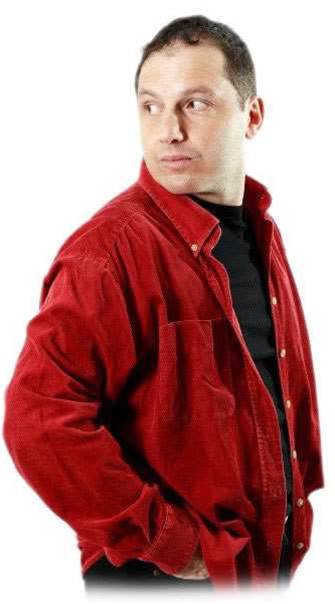 “Around 12 years ago, I applied to get a mortgage to buy my first house. Everything went badly very suddenly; the mortgage was turned down. I had never been in debt previously. It turned out that someone had been using my identity for a year and a half, with a fraudulent name using a different address. They were running out thousands of pounds of debt. I could not get a house.

It took two to three years to clear my name. I had to convince police and businesses that I was me, that my identity was stolen. It was basically unheard of back then.

I couldn’t do anything. My pregnant wife and I couldn’t afford to keep renting, and we were basically on the street. We moved back into my parents’ house, and then my wife’s parent’s house. We were living day-to-day because they had stolen everything, my whole account, thousands of pounds.”

Was the theft complex?

“It was so easy. They created a fake passport using the simplest of IDs. Just my name, a few details and a made-up date of birth. It was enormously stressful.

After his details were repatriated, Arron began to research identity theft.

"I retrieved identity documents thrown in dumpsters and set up a business offering to stop identity theft. When they supplied their full details, I created fake identities.

(Then Home Secretary) Charles Clarke had come along and wanted to introduce an Identity card which I very much opposed.“

Arron created the documentary How to Steal an Identity and planned to present the findings to Clarke. Arron was refused, and so decided to take a more direct approach and stole Clarke’s identity. He created a fake drivers’ licence with the Secretary’s details and, after showing his exploits to the police, was promptly thrown in gaol in a dawn raid.

“I told him and the police about it and I was thrown in the police holding cells in a 6am raid. I faced a £5000 fine.”

“It is certainly easier as a victim now because at least people understand what you’re going through. But what I still think needs work is the security preventing ID theft. Banks and businesses want faster and easier service, and would rather deal with consequences later.”

His comedic talks about his experience as a victim and perpetrator of identity theft have grown from a short “cathartic experience” at the Edinburgh Festival to be in demand around the world. Arron presents at AusCERT 2011 as a keynote speaker next week.