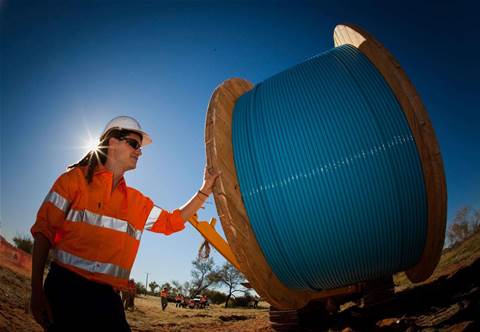 The Department of Broadband, Communications and the Digital Economy has won praise for its handling of the $250 million regional backbone blackspot program.

An Australian National Audit Office audit (pdf) found that procurement arrangements for the program were "effective" and that a "well-designed agreement" was instituted with the network's chosen builder and operator, Nextgen Networks.

Of the 14 responses the department received to a request for tender for the project, six failed to comply with the evaluation criteria.

The remaining eight were subjected to further detailed assessment, from which the DBCDE narrowed the candidates to a shortlist of two.

Nextgen Networks was awarded the deal as its offering was considered the best value for Commonwealth money.

The contract between the DBCDE and Nextgen had "features promoting quality construction and competitively priced and reliable backhaul services,” the audit found.

The DBCDE maintained regular contact with Nextgen to monitor progress and had an effective working relationship with the contractor.

The department's deployment of its own technical construction adviser to ensure that information and engagement was based on sources other than the contractor’s reports also rated well with the auditors.

In addition, the auditors credited the DBCDE for its handling of variations to the contract.

During the construction of the RBBP network, Nextgen requested 15 variations to the agreement (comprising seven material and eight non‐material variations).

One variation was missed milestones due to flooding in the South West Gippsland area of Victoria in mid-2010.

The Federal Government won praise not just for the “sound systems and processes” it put in place during the initial construction phase for the RBBP, but also for those used in managing, maintaining and operating the network until 2017.

While the audit saw scope for improvements in the way the DBCDE handled similar projects in future, the tenor of the audit was that DBCDE’s project management had been effective.