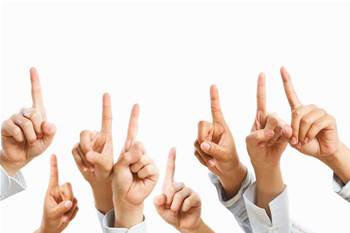 Bidders in the forthcoming digital dividend spectrum auction will be prevented from colluding or gaming the bids under draft rules proposed by the national communications regulator.

The Australian Communications and Media Authority's digital transition division manager Jane Cole revealed draft instruments to be publicly released next month would include "specific prohibited communication" rules designed to prevent talks between bidders during the auction.

In addition to existing anti-cartel legislation, telcos and their employees will be bound by confidentiality agreements ahead of being accepted into the anticipated auction, under the threat of bans from the auction if they disobey.

Considered "waterfront property" by telcos and private communications networks, the 700 MHz and 2.5 GHz spectrum bands will be sold off at an estimated cost of up to $4.5 billion, though the ACMA has refused to speculate how much the auctions will garner.

Cole flagged the rules as an additional protection measure to the combinatorial clock auction method being used to sell off the spectrum made available by the transition to digital television.

The method itself is designed to minimise chances of telcos "bid sniping" on specific spectrum packages during the auction or significantly changing bid strategies to inflate pricing.

Bidders will be required to specify which configuration of spectrum they prefer when applying to participate in the auction and, through multiple bidding rounds and imposed eligibility criteria on each bidder, will be constrained as to how they can bid during the auction itself.

The relatively young auction method chosen by the ACMA has been used to date in six international spectrum auctions and is expected for use in respective digital dividend auctions in Canada and Britain.

Auction adviser Professor Peter Cramton, credited with co-developing the method, conceded that while it was not entirely immune from strategic bidding, the method did eliminate most potential "wargaming" strategies during the auction process.

"This auction design has been structured to really keep you focused on your valuation as opposed to being focused on bidding strategy," Cramton told telco representatives at the first of several workshops held by the ACMA ahead of the auction.

In addition to the workshops, potential bidding partners will gain a say in the formulation of the auction rules, as well as access to a trial of the platform used ahead of the auction itself.

Most are tentative of the auction method, which differs significantly from the way spectrum has been sold off in Australia in the past, or earlier digital dividend auctions elsewhere.

"The rules are much more complicated... but the end result is actually a simpler process where you don't have to do a lot of wargaming exercises to figure out exactly how to best game the system given your strategy," Cramton said.

The spectrum is a hot target for Australia's three major telcos, which hope to use the newly available radio frequencies to bolster Long Term Evolution mobile networks with greater coverage, capacity and speed.

However, the potential inability to raise the capital required to participate in the auctions and the surrounding economic climate will likely influence what reserve prices are set for spectrum blocks ahead of the auction.

The reserve prices will also likely be affected by spectrum caps reported to be set by the communications minister, Senator Stephen Conroy, ahead of the auction.

The caps are hoped to promote competition in the auctions and are thought to even increase the potential revenue from the spectrum sell-off.

But, Cramton said, the auction method would prevent existing incumbents from imposing their relative financial power on others to gain a stronger footing.

"I actually have no concerns about the gaming behaviour in the context of the rules as they're being developed," he said.