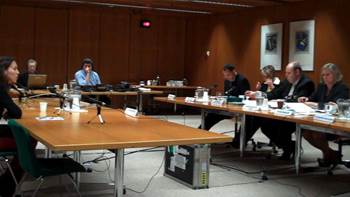 Says it could interfere with evidence.

A Standing Committee inquiry into cyber crime has heard the Attorney General's department argue against a portal or hotline for the collection of information about cybercrime.

Chair and Labor Senator of the inquiry, Belinda Neal, asked the Attorney General's department whether it had considered a portal for the purpose of collecting information and referring a victim of a cyber criminal activity to its correct authority.

Neal said the idea had been posed by many who had fronted the inquiry.

But Michael Rothery, first assistant secretary of the national security resilience policy division in the Attorney General's department, said that law enforcement were "reluctant" to implement such a scheme.

Rothery argued that such a scheme would interfere with the collection of evidence.

"My only hesitation with regards to the portal would be that we would be injecting something into the evidentiary chain," Rothery said.

He said that law enforcement were "reluctant" to have a crime reported to anyone other than themselves.

But Neal declared such an excuse a "furphy".

"That's really, I have to say, that's really a complete furphy in terms of being a problem," Neal said.

She explained how Police already collected and referred information onto other authorities if something was found to have been criminal.

Rothery said he could only pass on the views that had been expressed to him from law enforcement agencies.

"All I can say is it hasn't been looked at," he said. "We acknowledge that there is a lack of clarity out there and we have asked law enforcement to help us clear that up."