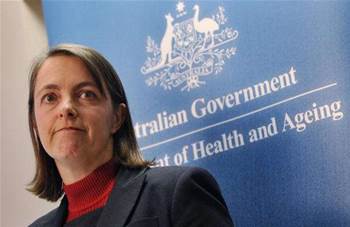 Attorney-General Nicola Roxon is establishing a taskforce to analyse the potential benefits of shared services, following a review of its constituent agencies.

The Federal Government on Friday released the Skehill Review of small to medium agencies in the Attorney-General's Department, after receiving the report in in January (pdf).

Although "the prospect of gaining efficiency through shared services is intuitively attractive", Skehill said there was "little probative evidence" whether or not the model was cheaper or more efficient.

He highlighted a 2010 feasibility study of three shared services delivery models for the Departments of Finance and Deregulation, the Prime Minister and Cabinet, and Treasury.

The departments rejected all three models after finding that they would save $4.7 million over eight years from the most advanced model ($200,000 per year per agency, or a five percent saving over that time).

Skehill recommended the Attorney-General's Department present its "corporate services business offering" proposal to all agencies within the portfolio, which would be required to review and compare it to existing arrangements.

The review called for the Federal Government to similarly require all departments with significant numbers of constituent agencies to undergo similar proposal development and review processes.

"There appears to be no reason why this process would not potentially be equally pertinent to other portfolios," the report stated.

Neither the Attorney-General's Department nor the Department of Finance and Deregulation were able to comment on whether other departments would be required to develop shared services proposals.

Attorney-General Roxon the department's taskforce would analyse the cost of services including IT procurement, recruitment and payroll, to identify potential efficiency gains.

The taskforce is expected to price a package of corporate services to agencies that could be provided by the Attorney-General’s Department or another large agency.

So far, the Departments of Defence, Human Services, Health, Employment and Immigration and Citizenship have moved to centralise at least some common services including IT, HR and payroll functions.