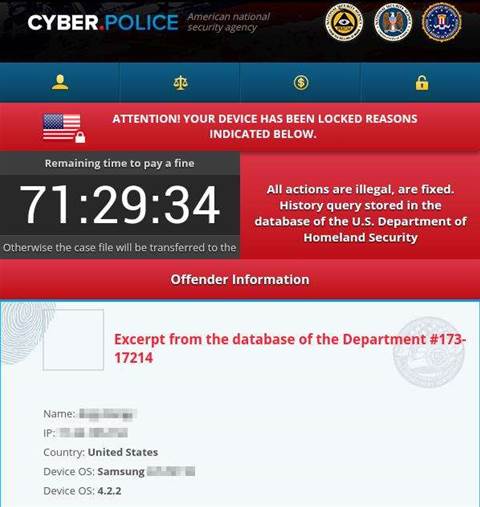 Around a quarter of older Android devices at risk.

Attackers are actively using an exploit leaked last year from Italian spyware vendor Hacking Team to install ransomware that locks users out of their Android devices, researchers have discovered.

No user interaction is required to install the ransomware, which is a first, Blue Coat researcher Andrew Brandt said.

After de-obfuscating the Javascript, Blue Coat and Drake confirmed that it contains an exploit found in the Hacking Team leak.

The flaw is the "Towelroot" bug in Linux, which was uncovered in 2014. Google patched the bug in Android 4.4.4 but not in older versions of the mobile operating system, leaving just under a quarter of older devices permanently at risk of being infected.

The researchers suggested that users with older Android devices back up the data they wanted to keep outside their devices, to stay safe from ransomware. Furthermore, people should use a more up-to-date web browser than the one included with their Android devices.

Although the Cyber.police ransomware persists after devices have been reflashed with a newer version of Android, the researchers said that a factory reset wipes it off the device. It is also possible to connect ransomware-locked devices to a computer and copy over data that way.