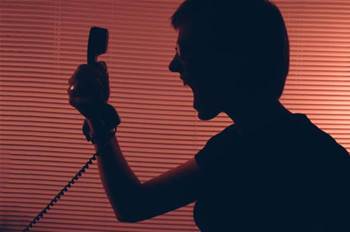 The problem lasted nine hours and left much of the south eastern and mid-west regions of the US without data services for much of the day.

An AT&T spokesperson said that the outage was limited to the firm's Edge and 3G data networks and did not affect voice services or text messages.

The outage began at around 5:30am US central time. By 2:30pm the service had been restored and users began to report being able to access the data networks again.

Smartphone devices, including RIM's BlackBerry and Apple's iPhone, rely on the networks for email and web browsing.

Support forums for both devices were flooded with users reporting outages in cities including Chicago, Minneapolis, St Louis and Kansas City. Users as far west as Denver, Colorado reported being unable to access the data network.

AT&T is still investigating the cause of the outage, but said that the problem has been fixed.

Got a news tip for our journalists? Share it with us anonymously here.
Copyright ©v3.co.uk
Tags:
3gandattedgeoutagesufferstelco/isp